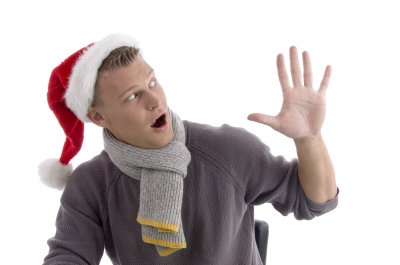 It is estimated that 1 in 5 Americans have some type of mental disorder . In 2011, it was reported that approximately 11.4 million adult Americans suffer from serious mental illness. Out of all the currently known mental disorders, these five (in our opinion) top the list for being the strangest.

Alien Hand Syndrome is a rare neurological disorder in which an individual’s hand involuntarily functions without him realizing it. Sufferers of this disorder may involuntarily reach for things, grab their clothes or touch their face. In extreme cases they may hold the normal hand so it can’t function, stuff food into their mouth or punch or choke themselves.

Individuals suffering from Synesthesia exhibit an abnormal blending of their senses. They hear colors, feel sounds and taste shapes. For example, the number 3 is usually associated with the color pink and the musical note F appears as a rust color. Synesthetes are also known for remembering anatomy terms, phone numbers and security codes unusually well.

People with Capgras Syndrome tend to reject their loved one when experiencing negative feelings. As a sort of coping mechanism for the rejection, they begin to believe that someone else has taken on the form of their loved one.

Cotard’s Syndrome, also called “Walking Corpse Syndrome”, is a mental disorder in which a person thinks he is dead. Cotard’s Syndrome sufferers believe that all of their organs have been removed and their “soul” taken away. In some cases, patients don’t recognize the likeness of their own face. It is believed that this disorder may be related to Capgras Syndrome.

Those that have the insatiable desire to eat human flesh are inflicted with Windigo Psychosis. Research suggests that the causes appear to be due to environmental aspects (extreme cold winters, Northeaster Canadian Woodlands), cultural aspects (fear of cannibalism and a cannibalistic monster known as Wendigo) and nutritional aspects that often stem from periods of famine.