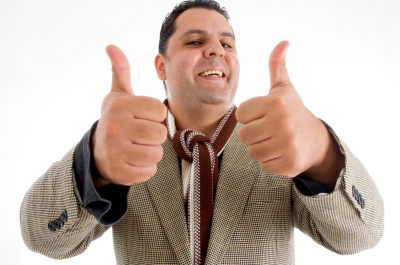 Despite its seemingly complex title, NLP, or Neuro-Linguistical Programming, is really not at all complicated.  In fact, fundamentally, it is simply about studying the proposition of positive foundations in the mind and replicating them, in order to produce positive outcomes

In this respect, the NLP process could be categorised as: observe, learn, program, transform.  It is really about teaching your mind how to think, rather than what to think, based on research of which thought processes lead to positive outcomes.  In addition to that, it can also identify negative processes, which produce negative actions, and help you to eradicate damaging patterns of behaviour.

The initial processes fall into the ‘observe’ and ‘learn’ steps of the approach.  These are then followed by ‘program’ and ‘transform’.  The programming process is simply the retraining of your mind to behave along new positive patterns and the transformation then occurs once this has replaced your previous patterns and become part of your natural thought process.

One of the most stereotypical sayings, when it comes to seeking help, is to ‘be positive.’  As great a starting point as it is, NLP helps to add substance and provides a real focus to the approach – as opposed to a simple philosophical premise.

NLP takes the concept of positive thought to a more scientific level.  Indeed the idea of ‘positive thought’ is a central pillar to the NLP strategy, and is based on the premise that all thought was at one time positive.

This positive approach is then used, even when it comes to negative traits or emotions, such as aggression, in which the positivity lies in the necessity to protect or defend oneself.  Similar positive undercurrents are also present in numerous other seemingly negative emotions, such as: fear, hatred and resistance to change.

There are many negative actions that we adopt, in order to disperse negative thoughts or feelings, which in certain environments can be a hindrance.  For example, fear is a trait that can be hugely beneficial in a situation where you need to escape an immediate threat, but detrimental in, say, a job interview.

Such is the positivity at the core of NLP that it fundamentally perceives all actions to stem from positive roots.   Although many people would ask why then do people do negative things, the simple answer is that positive intentions don’t always result in positive actions.  NLP works by training individuals first to notice the positivity and then to transform it into positive actions.

Reece Callumport is a freelance writer and advocate of the power of positive thinking.