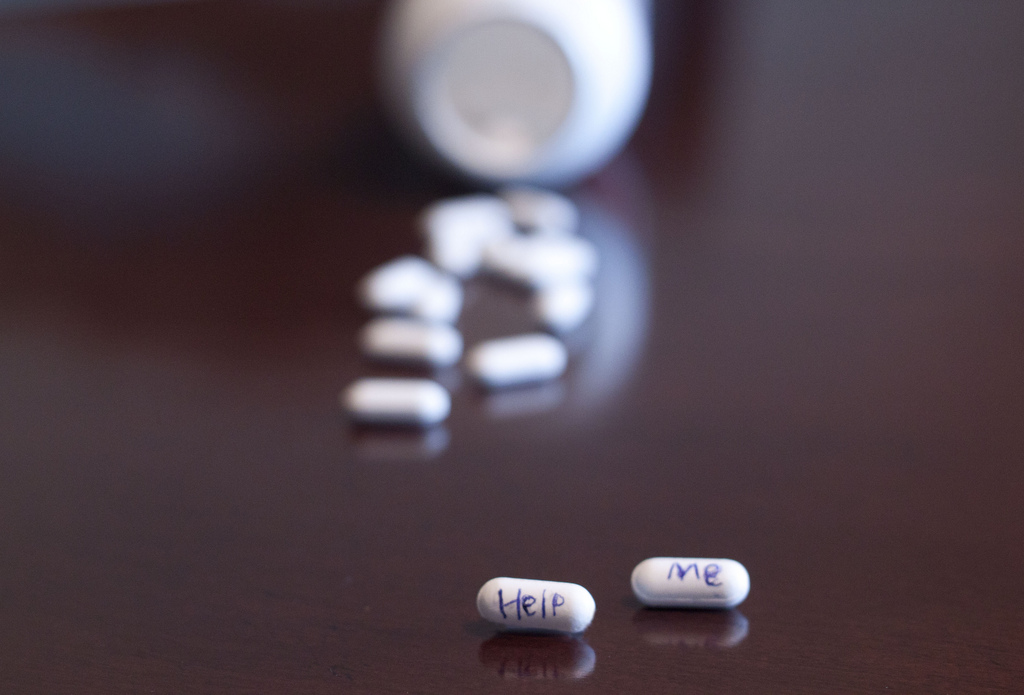 In fact, addicts are often trapped by a number of psychological factors from which they cannot escape and over which they have little to no power. Despite our general reluctance to be empathetic toward someone with substance dependence issue, the reality is sober living is not always as straightforward as it may seem.

If someone you love has an addiction, discover how to help him or her by learning more about the psychology behind this growing public health crisis.

Scientists have long believed that genetics influence people’s propensity and inclination to abuse drugs and alcohol. Indeed, addictions tend to run in families with generations of relatives falling victim to this illness.

People who have family members with drug and alcohol abuse problems are at an increased risk of becoming addicts themselves. Their brains may be inadvertently hardwired toward wanting to drink or take drugs, thus making it difficult for them to resist the temptation to abuse these substances.

Anxiety is another factor that contributes to many people falling prey to drug and alcohol abuse. Psychology Today reports that anxiety is a psychological reaction that triggers warning signals in people’s brains and also overwhelms their egos. To calm the alarm and to assuage their own fear and worries, they indulge in alcohol or drugs.

People who suffer from anxiety may be able to resist abusing these substances by undergoing appropriate medical or therapeutic treatment. With proper medical attention and anti-anxiety medications, these individuals may be able to hang onto their sobriety and avoid succumbing to their temptation to use drugs or alcohol.

People who witness or experience a trauma are more inclined to start using drugs or drinking. The trauma may have made such a deep impact on their psyches that they believe the only way to relieve the emotional, mental, and physical pain involves abusing illicit substances or indulging heavily in alcohol.

As they numb their pain with drugs and alcohol, they build up a resistance to these substances and thus have to continue using more and more to reach the same level of relief. In a short period of time, they find themselves addicted to their drug or drink of choice and are at risk of developing severe health problems like cirrhosis or even dying from their addictions.

As previously mentioned, people who have relatives that drink or abuse drugs stand a greater chance of becoming addicts themselves. In this same way, people who are exposed to frequent drug abuse and alcoholism likewise are at an increased risk of falling victim to addiction.

Children in particular who witness people in their lives abuse these substances grow up believing that this behavior is entirely normal. They may even believe that they should drink or take drugs to feel accepted and like a normal part of the household or circle of friends. Their psychological attitude toward substance abuse leads to them becoming addicts themselves.

Chemical or Physical Changes in the Brain

Finally, the American Psychological Association notes that chemical and physical changes in the brain can put a person at an increased risk of becoming a drug addict or alcoholic. Any changes made to the limbic or cortical system in the brain alters the way that the brain perceives reward, motivation, memory, impulse control, and judgment.

As such, people who suffer trauma to the brain, perhaps as the result of a car accident, stroke, or other accident or illness, may be unable to resist the temptation to use drugs or drink copious amounts of alcohol. To overcome their addictions, these individuals must undergo specialized medical care that addresses those brain changes and helps reestablish normal chemical reactions within the brain.

Addiction to drugs and alcohol is often caused by psychological factors that many people cannot avoid either because of social or lifestyle choices or their genetic makeup. By understanding these factors, people may become more sympathetic to the plight that addicts face in their struggles to regain sobriety. People also may appreciate better what it takes to guide a loved one who is addicted to these substances toward getting the proper medical and therapeutic help.