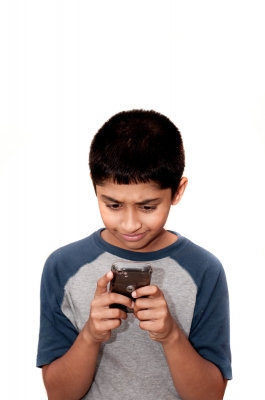 It is a generally accepted fact that the media influence how persons construct and perceive reality. It is also widely “believed that repeated exposure to real-life and to entertainment violence may alter cognitive, affective, and behavioral processes, possibly leading to desensitization” (Funk, Baldacci, Pasold & Baumgardner, 2003). The term desensitization refers to the weakening of cognitive, emotional, and, ultimately, behavioral responses to a particular stimulus.

Desensitization to violence is slow and subtle, and may occur as a consequence of “repeated exposure to real-life violence, as well as from exposure to media violence” (Funk, et al., 2003). [showmyads] Emotional desensitization is highlighted when there is an attenuation of emotional response to situations which, under normal circumstances, elicit strong emotional reactions. Cognitive desensitization is demonstrated when the idea of violence being “out of the ordinary” and “rare” becomes the belief that violence is a part of everyday life, is unavoidable and should be expected.

In two classic studies, Drabman and Thomas (1974, cited in Funk, et al., 2003) and Molitor and Hirsh (1994, cited in Funk, et al., 2003) confirmed that kids who were exposed to an aggressive film took much longer to seek adult assistance to stop what they believed to be an altercation between other children, when compared to the response time of kids who did not view an aggressive film. The experiments suggest that viewing violent behavior can increase a child’s tolerance for violence.

Video game violence should be of particular concern to parents as this form of “entertainment” requires active participation in violent behavior. Rather than being a mere recipient of violent content, players are encouraged to “identify and choose violent strategies. Repeated violent choices result in a continuous cycle of reward. Violence is presented as justified, without negative consequences, and fun” (Funk, 1995, cited in Funk, et al., 2003).

Violent video games also contribute to more violent fantasy play between youths. Children are more likely to be negatively affected by such violent forms of entertainment than adolescents, as they are still developing moral reasoning principles as a guide to prosocial behavior. Do not naively assume that every form of entertainment is meaningless fun. The effects can be far more lasting and far more damaging than you might think.