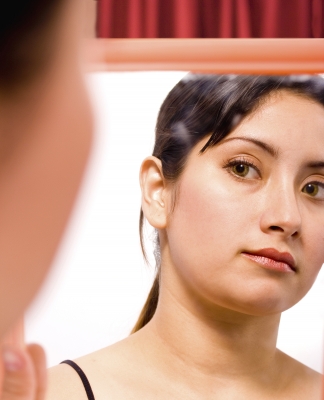 A brilliant young woman stares silently at her mirror. Unfazed, her reflection stares silently back. She takes a deep breath and dabs a few drops of freshly squeezed lemon juice onto her face – one of the many beauty tips recently read on howtoremovethat. Dark spots simply wouldn’t do for tomorrow’s job interview. Her belief is that it might be advantageous to appear as attractive as possible when she faces those potentially life changing questions. And as superficial as this might sound, she’s absolutely right.

Research conducted by Dr. Mikki Hebl of Rice University and Dr. Juan Madera of the University of Houston has highlighted the startling fact that persons with facial blemishes, birthmarks, scars or other facial disfigurements tend to receive lower ratings in their job interviews. Eye tracking software revealed that interviewers paid much more attention to conspicuous facial markings than to what scarred individuals were actually saying in the interviews. Interestingly, the interviewers remained completely unaware of any perceived prejudice on their part. In an attempt to explain this phenomenon, Dr. Madera stated:

“When looking at another person during a conversation, your attention is naturally directed in a triangular pattern around the eyes and mouth. We tracked the amount of attention outside of this region and found that the more the interviewers attended to stigmatized features on the face, the less they remembered about the candidate’s interview content, and the less memory they had about the content [the lower their] ratings of the applicant.”

In other words, the study found that information provided by persons with facial disfigurements were more easily forgotten by their interviewers. “The bottom line is that how your face looks can significantly influence the success of an interview,” Dr. Hebl remarked.

Many other psychological studies have shown that it pays to be beautiful. Daniel Hamermesh, an economist at the University of Texas in Austin even wrote a book on the subject. And the stats don’t lie, when all is said and done, it really does seem as if better looking people get better benefits in virtually all aspects of life. In his book Beauty Pays: Why Attractive People Are More Successful, Hamermesh reports on research which highlighted the fact that attractive men and women were hired sooner than their less attractive competitors. But that’s not all. Having secured employment, beautiful people also tended to get promotions faster, be higher ranking and earned approximately 3-4% more money than persons with equal ability but below average looks.

What’s the reason for this apparent bias in favor of good looking employees? Well as it turns out, they might actually be more valuable to their employers than their less attractive co-workers. Studies show that beautiful people tend to earn more money for their respective companies. For example, tall dark and handsome insurance salesmen tend to sell more insurance than salesmen without the same physically attractive features. The trend of attractive employees bringing in more profit is especially true for companies that rely heavily on face to face interaction or other forms of customer service.

Looks can also have a direct impact on a person’s confidence and self-worth. In his book, Hamermesh even posits that a person’s physical beauty might be a reflection of his or her self-esteem. Is that possible though? Is an individual’s looks inextricably linked to the person within? Are we so blinded by a person’s facial appearance that we unconsciously make unwarranted assumptions about his or her abilities and personality?  Professor Tim Judge of the University of Florida declared:

“Little is known about why there are income disparities between the good-looking and the not-so-good-looking…We’ve found that, even accounting for intelligence, a person’s feeling of self-worth is enhanced by how attractive they are and this, in turn, results in higher pay.”

So maybe those age old idioms were not accurate after all. It seems beauty isn’t only skin deep. As these studies have clearly shown, beauty might actually permeate every single aspect of our daily lives.