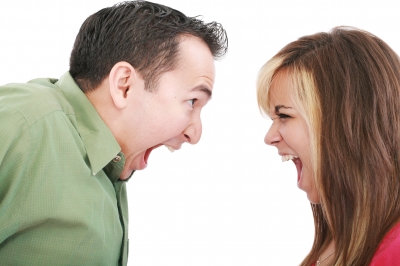 Let’s pretend, hypothetically, that you’ve acted like a supreme jerk with someone who knows you well. Quite rightly, your spouse, significant other or friend isn’t having any of it and calls you out. Whereupon, after a little reflection, you realize the error of your ways and apologize unreservedly.

Then, on the cusp of receiving absolution, your friend or lover dredges up a long forgotten infraction from the pre-disco era and revisits it detail-by-detail. What the heck just happened? This common experience has deep roots in the origins of modern psychology beginning with the “father of modern psychology” himself…

William James is most famous for a wildly counterintuitive hypothesis that turned out to be wrong. (Demonstrating that—regardless if you’re a psychologist, economist, or even a motivational speaker—if you want to be considered a thought leader, it’s more important to be counterintuitive than to be right.)

According to James’ hypothesis, when we encounter an emotionally compelling stimulus, our unconscious brain triggers a bodily response. Then, secondarily, our brain detects this physical change and infers an emotion. For example, if we suddenly find ourselves facing down a bear (James’ classic scenario) we don’t tremble because we feel afraid. Instead, our brain notices that our body is trembling and then, and only then, figures out that we should be afraid. [showmyads]

This point of view still seems back-to-front today, so you can only imagine how it captured the imagination of the early psychological community. In fact James’ hypothesis remained preeminent until 1929 when Walter Cannon, a prominent physiologist, pointed out that it was wrong.

Despite Cannon’s rebuttal, James’ counterintuitive hypothesis was too cool for school to disappear entirely and returned to favor in a modified form following one of my all time favorite psychology experiments. (What? You don’t have favorites?)

The psychologists Stanley Schachter and Jerome Singer injected male college students—then, as now, college students need the cash—with a “vitamin” supplement called Suproxin. By the way, don’t tell anyone but the “Suproxin” was actually adrenaline.

Then, just prior to experiencing the pharmacological impact of the adrenaline (palpitations, flushing and trembling) each volunteer was paired with an actor pretending to be another student volunteer—actors need cash too. Then, over the next 20 minutes (as the volunteer’s adrenaline shot kicked in) the stooge would act out one of two emotions—euphoria or anger.

Imagine the scene: As they each complete a questionnaire, the actor would either get progressively sillier (for example, throwing paper balls around the room) or more and more whiny (complain about the length and content of the questionnaire and so on). The confederate didn’t have to reach far into his actor’s toolbox to pretend to be annoyed by the questionnaire. The multiple choice became increasingly offensive, the final question being: “With how many men has your mother had extramarital relations?” The least insulting of five possible answers: “4 and under,” ouch!

Schachter and Singer reported that the adrenalized volunteers mirrored the actors’ euphoric or angry behavior and later described experiencing the matching emotion. They went on to conclude: “…human beings cannot identify an emotion from the physical symptoms they are experiencing but must rely on external clues. The mind, using these clues, labels what the body is feeling as anger, joy, fear and so on.” The volunteers labeled the same state of adrenaline-induced physical arousal as either euphoria or anger depending on the social context.

So, if the emotional cue is obvious (scary bear), your limbic system will trigger a conscious awareness of fear faster than your body exhibits the physical signs of fear. However—as demonstrated by Schachter and Singer—on those occasions when you experience strong physiological arousal in the absence of an obvious emotional cue, you scan your inner and outer world for an explanation. Psychologists call this cognitive appraisal.

Which bring us back to our opening scenario. Our loved one has forgiven us, his/her limbic system has chilled and everything should be alright with the world. However, our beloved’s slower autonomic nervous system is still responding full-throttle. Cue cognitive appraisal: Why am I still feeling upset? Answer: It must be some other thing that my doofus of a partner has done. Cue mental search and the revisiting of your ancient transgressions.

To end on an upbeat note: When you’re upset, your system is also full of adrenaline. Rather than allowing this physiological arousal to prolong an argument, ride the surge of adrenaline to productively manage the situation at hand. Ask: What’s my objective in this situation? Regardless of how I’m feeling, what action can I take right now that will move me towards this objective? At the very least, this approach will avoid you doing something else that you might be reminded about many years from now.

Dr. Steve Bedwell is a medical doctor and motivational speaker. He teaches business audiences how to solve problems, manage frustration and get things done. To read more of Steve’s articles visit http://www.mindcapital.com/stevebedwell