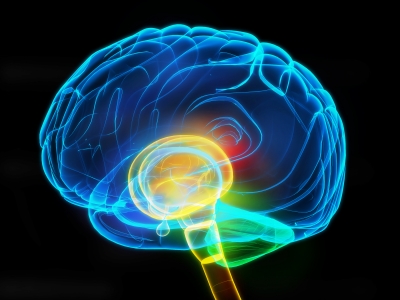 In spite of over a hundred years of research and many billions of dollars spent, we still have no clear evidence that schizophrenia and other related psychotic disorders are the result of a diseased brain. Considering the famous PET scan and MRI scan images of “schizophrenic” brains and the regular press releases of the latest discoveries of one particular abnormal brain feature or another, this statement is likely to come as a surprise to some, and disregarded as absurdity by others. And yet, anyone who takes a close look at the actual research will simply not be able to honestly say otherwise. And not only does the brain disease hypothesis remain unsubstantiated, it has been directly countered by very well established findings within the recovery research, it has demonstrated itself to be particularly harmful to those so diagnosed (often leading to a self-fulfilling prophecy), and is highly profitable to the pharmaceutical and psychiatric industries (which likely plays a major role in why it has remained so deeply entrenched in society for so many years, in spite of our inability to validate it). [showmyads]

Deconstructing the Myths of Madness

The claim I am making here clearly runs counter to the mainstream understanding of schizophrenia, but we find that it’s a relatively straightforward task to back up this claim. We simply need to take the time to extract the actual research findings from the unsubstantiated assumptions and propaganda that are so often used to back up the brain disease hypothesis. I’ll go through the largest of these here:

Hypothesis #1:  Schizophrenia is caused by a biochemical imbalance within the brain

This theory originated from the observation that drugs which block the transmission of the neurotransmitter dopamine within the brain (so called “antipsychotics,” originally referred to as “major tranquilizers”) appear to reduce the symptoms of schizophrenia. The reasoning behind the origin of this hypothesis was, since schizophrenic symptoms are reduced when dopamine transmission is suppressed, then perhaps schizophrenia is caused by too excessive dopamine within the brain.

This hypothesis originally appeared quite plausible; however, it has since been seriously discredited:

This hypothesis essentially states that schizophrenia is a disease caused by something wrong with the actual structure of one’s brain, specifically with regard to the relative size of the cerebral cortex and/or other nearby regions of the brain. This hypothesis is generally supported by the actual findings of such anomalies of the brains of those so diagnosed. But again, upon closer scrutiny of the research, we find an empty hypothesis that quickly crumbles away:

Hypothesis #3:  Schizophrenia is a Genetic Disorder

This hypothesis is in close alignment with the two brain disease hypotheses (above) and suggests that this brain disease is transmitted genetically. But again we find some serious problems with the assumptions that have given rise to this hypothesis:

If schizophrenia really is a brain disease, then how do we account for the relatively high rates of full recovery from it?

The recovery research is extremely robust: Many people experience full and lasting recovery after having been diagnosed with schizophrenia. We see this evidence in the vast majority of the longitudinal recovery studies (See Chapter 4 in my book, Rethinking Madness, for a complete list of all major longitudinal studies), including those conducted by the National Institute of Mental Health (Harrow & Jobe, 2007; Harrow, Jobe, & Faull, 2012) and the World Health Organization (Hopper et al., 2007). There is evidence of spontaneous recovery in between 5% and 71% of cases, depending upon the country of origin and other factors, and even as high as 82% with certain psychosocial interventions (Mosher, 1999; Seikkula, Aaltonen, Alakare, Haarakangas, Keränen & Lehtinen, 2006). It is illuminating to compare the high recovery rate for schizophrenia with the recovery rate for well-established diseases of the brain such as Parkinson’s, Alzheimer’s, or multiple sclerosis: There is no well documented evidence of even a single individual making a full recovery from any of these well-established diseases of the brain (Siebert, 1999).

So what does cause schizophrenia?

So, if schizophrenia is not caused by a disease of the brain, then the obvious question that arises is, “Well, then what does cause it?” This is an extremely important yet somewhat complex question, which I address in great detail in my book, Rethinking Madness, and which I will try to capture in a nutshell (or perhaps several nutshells) in future blog postings within this series.

A much more thorough discussion of this topic and other topics related to psychotic disorders and recovery can be found in the book, Rethinking Madness: Towards a Paradigm Shift in Our Understanding and Treatment of Psychosis.

For more information about Rethinking Madness, go to:  www.RethinkingMadness.com

To purchase a copy from Amazon, go to:  http://www.amazon.com/Rethinking-Madness-Understanding-Treatment-Psychosis/dp/0984986707

Harrow, M., & Jobe, T. (2007). Factors involved in outcome and recovery in schizophrenia patients not on antipsychotic medications: A 15-year multifollow-up study. Journal of Nervous and Mental Disease, 195(5), 406-414. Retrieved from http://www.madinamerica.com/madinamerica.com/Schizophrenia_files/OutcomeFactors.pdf

Livingston, R. (1987). Sexually and physically abused children. The Journal of the American Academy of Child and Adolescent Psychiatry, 26: 413-415.

Mosher, L. R. (1999). Soteria and other alternatives to acute psychiatric hospitalization: A personal and professional review. The Journal of Nervous and Mental Disease, 187, 142-149.

National Institute of Mental Health [NIMH]. (2010b). How is schizophrenia treated. Retrieved from http://www.nimh.nih.gov/health/publications/schizophrenia/how-is-schizophrenia-treated.shtml

Siebert, A. (1999). Brain disease hypothesis for schizophrenia disconfirmed by all evidence. Retrieved from http://psychrights.org/states/Alaska/CaseOne/180Day/Exhibits/Wnotbraindisease.pdf