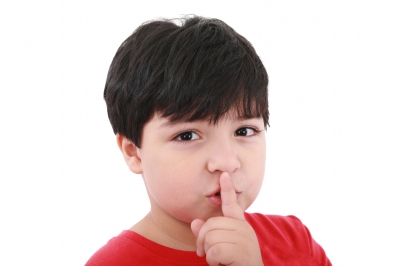 An important aspect of a child’s cognitive development is the emergence of a representational theory of mind. Having a theory of mind means that one is able to impute mental states – such as beliefs, intentions, knowledge and desires – to oneself and others.  In simple terms, it involves knowing that other people have minds of their own and that their thoughts and knowledge can differ from one’s own. Furthermore, an individual with a representational theory of mind understands that thoughts are mere representations of reality and do not necessarily reflect the true state of the world. [showmyads]

A simple method of assessing the presence of a theory of mind is known as the false-belief task. In a common version of the task, children are told a story of a boy who places some chocolate in one location and in his absence his mother moves it to a different location. Later, the boy returns wanting to find the chocolate and at this point, children are asked to indicate where they think he will look for it. Research has shown that children ages four and upwards often recognize that the boy thinks the candy is still where he left it while children under four usually do not (Lillard, 1999).

Wimmer and Perner (1983) conducted a series of experiments which revealed findings similar to these. The experiments were conducted with children ages three to nine and assessed their understanding of the false beliefs of others through the use of false-belief tasks similar to the one described earlier. None of the 3-4 year olds gave a correct response to the question of where the protagonist would look for the object, showing that they had not yet developed a proper understanding of false beliefs. On the other hand, just over half of the 4-6 year olds answered correctly and an even larger percentage of 6-9 year olds gave the correct response.

Gopnick and Astington’s (1988, cited in Schickedanz, Schickedanz, Forsyth & Forsyth, 2001) study also revealed similar trends. Their research, however, was designed to test children’s understanding of their own false beliefs. Children were shown a candy box with which they were familiar and asked what they thought was in it. They responded by saying candy but soon found out that the box contained pencils instead. When they were later asked what they had first thought was in the box, most three year olds said pencils, suggesting that they did not understand or grasp the fact that they had once held a false-belief. The four year olds, however, showed signs of understanding this, and the five year olds performed even better than the four year olds.

The studies cited above seem to suggest that a child’s ability to understand false beliefs and to act accordingly, showing that he or she has developed a theory of mind, does not emerge until  about age four. The results also suggest that this ability improves with increasing age. According to Wimmer & Perner (1983) it becomes firmly established at about age six.

Lillard, A. (1999). Developing a cultural theory of mind: The CIAO approach. Current Directions in Psychological Science, 8, 57-61.