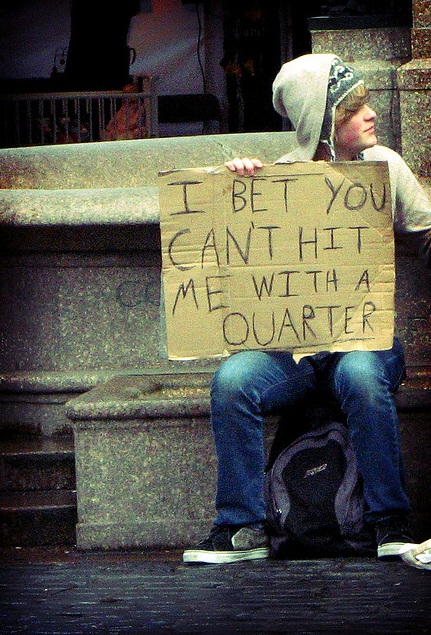 “Technically, you are using ‘Reverse Psychology’ when you intentionally and strongly argue in favor of a decision or behavior while secretly wanting the receiver of your argument to endorse the opposite decision or behavior” (Pantalon, 2011). [showmyads] The technique makes use of the psychological phenomenon of reactance, which involves an emotional reaction in opposition to perceived restrictions on a person’s behavioral freedoms.

Example – “Stay where you are young man! Clearly there is no need to help a weary old woman with this heavy box.”

Few people could resist offering their assistance after an exclamation like that.

Reverse psychology is an important tool that you can use to influence the decisions of other people. The technique tends to work best with resistant people when we reinforce autonomy. “In order to reinforce autonomy in a ‘Reverse Psychology’ format, you argue against the influencER (You) vs. the thing you would like the influencee to do” (Pantalon, 2011).

You tell him that you cannot make him to do anything that he doesn’t want to do, even if you feel you have evidence to back up your advice, and that only he can decide what’s best for him. Now you are arguing against yourself as the influencer and reverse that to say that he is in the driver’s seat, free and autonomous to decide for himself. Based on “Reverse Psychology,” as well as my own nearly 20 years of experience working with addicted people and resistant employees and managers, this immediately makes the person argue in favor of YOUR expertise and the validity of YOUR advice.

If we are dealing with compliant persons (as opposed to resistant persons) however, it might be better to ignore reverse psychology and just be direct.

While reverse psychology is particularly effective on children, experts have argued against its use as a strategy in shaping child behavior as it might be seen as deceptive, confusing and can possibly lead to children undermining parental authority.

Pantalon, M. (2011, April 8). Do You Use “Reverse Psychology”? Stop Right Now! The Science of Influence. Retrieved on March 5, 2012 from http://www.psychologytoday.com/blog/the-science-influence/201104/do-you-use-reverse-psychology-stop-right-now