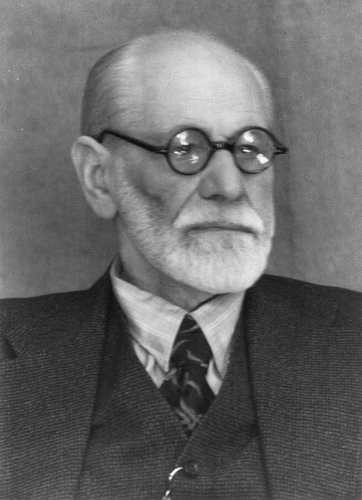 With a huge pool of famous, influential and simply brilliant individuals to pick from, it is very difficult to select only four persons who have left indelible marks on the science of psychology. It is with this in mind that honorable mention must be given to such ithinkers as Pavlov, Bandura, Zimbardo, etc. who are all major contributors to the field. However this article will focus on the incredible foundation-laying work of Sigmund Freud, Carl Rogers, B.F. Skinner, and Carl Jung.

[showmyads]How could you have a list of famous master psychologists without naming Sigmund Freud? Highly influential and quite controversial, Freud, and Austrian neurologist, lived from 1856 to 1939. He is known as the founding father of psychoanalysis and developed groundbreaking theories about the unconscious mind. According to Freud, our personalities are composed of three parts: the id, the ego, and the superego — which direct our actions and behavior. He also developed theories involving free association, the existence of libido, transference, repression, and dreams and the unconscious mind. He published his famous book “The Interpretation of Dreams” in November 1899, and is also known for his ideas about psychosexual development. Freud’s theories tremendously shaped psychology as we know it today, and, because of him, we use and hear the terms “Freudian slip”, “repression”, and “denial” in everyday conversation.

Carl Rogers, who lived from January 8, 1902 to February 4, 1987, was among the fathers of the humanistic approach to the field of psychology. He believed that the self is composed of self-worth, self-image and ideal self, and that people can be in congruence or incongruence, depending on how these aspects are in balance with reality. He was very interested in self-concept and believed that humans are motivated to self-actualize, or fulfill their potential and achieve high levels of self-worth. He also believed that in order for humans to live up to their potential, their environment must provide genuineness, acceptance, and empathy.

Burrhus Frederic Skinner, otherwise known as B.F. Skinner, was born on March 20, 1904 and died on August 18, 1990. He was a behaviorist, psychologist, inventor, author, and social philosopher. Skinner founded his own type of experimental research psychology which is known as the experimental analysis of behavior. He developed the operant conditioning chamber, which you may know as the “Skinner box”, and used it and other tools and techniques to study people’s behavior and how it is modified by positive and negative reinforcement. He did not advocate the use of punishment to modify human behavior, but supported the idea of using positive and negative reinforcement as a more effective way to control and shape one’s behavior. Skinner is famous for his use of psychological behavior modification techniques and many of his theories and findings are present in modern day psychology.

Carl Jung lived between the years of 1875 and 1961 and was actually friends with Sigmund Freud. Jung developed a fascination for the unconscious mind, much like Freud, but later began questioning and rejecting many of Freud’s theories. Jung formed the theory of analytical psychology and believed that the human psyche is made up of three components: the ego, the personal unconscious, and the collective unconscious. He believed the collective unconscious was a pooling of all of the experience and knowledge of the whole human race. Jung developed the concepts of introversion and extraversion that are alive and well to this day, and his advice to a struggling alcoholic helped lead to the program we know as AA or Alcoholics Anonymous

Jeffrey Goode is a counselor and writer who contributed to the Top Online Masters in Psychology program for people looking to further their education while taking advantage of the convenience of online courses.