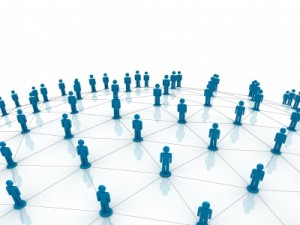 Social Psychology is the study of individuals in the social context. It uses scientific methods to understand how people’s thoughts, feelings and behaviors are influenced by the actual, imagined or implied presence of other human beings.

It is interesting that the definition of Social Psychology specifically refers to the influences of the imagined or implied presence of other human beings. This highlights the fact that we are vulnerable to social influences even in the absence of other people. We might experience this phenomenon when we are listening to the radio, watching television, surfing the internet or even internalizing social norms.

In the quest to understand social behavior, Social Psychology analyzes social perception and social interaction in conjunction with social influences. Social perception includes topics such as self-perception, perception of others and perception of groups. Social interaction focuses on issues such as attitudes, persuasion, group processes, conformity and individuation. Social influences might include factors such as altruism, aggression and attraction. By investigating how persons respond in a given situation, we can learn more about the development of social issues such as racism, racial stereotyping, sexism, depression, and even falling in love.