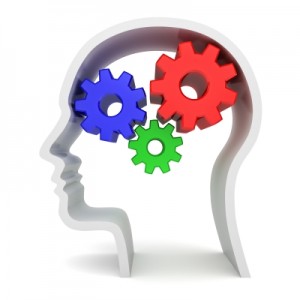 Evolutionary Psychology is one of various biologically based approaches to the understanding of human thought and behavior. Proponents of this field posit that much of human behavior can be explained by internal psychological mechanisms, which are themselves adaptations – the results of natural selection which helped our ancestors to survive and reproduce in ancient times.

Just as Evolutionary Biologists believe that specialized organs such as the heart, lungs, liver, etc. all developed to expertly perform a specific function (but is virtually useless in others); Evolutionary Psychologists see the brain as having a modular structure and being composed primarily of modular adaptations which serve different functions. [showmyads] They also believe that behaviors which are present universally across all cultures such as the ability to choose healthy reproductive mates, avoid toxic or poisonous food, identify kin, avoid diseases and so on, are prime candidates for evolutionary adaptation.

Evolutionary Psychology has sparked much controversy within, and received much criticism from academia. Criticisms include disputes over the testability of many of EP’s claims. The difficulty and at times, impossibility of sufficiently testing the hypotheses put forward have led some to even question Evolutionary Psychology’s status as an empirical science. Some critics view Evolutionary Psychology as merely genetic reductionism or determinism, and that it does not address the complexities of individual development and experience. Other critics have challenged the proposed modularity of the mind, the innateness of certain phobias, the uniformity of the environment of early man and other fundamental concepts of the approach.

It is noteworthy that Evolutionary Psychology does not assume that all organismal traits are adaptations, as is commonly and falsely claimed. Rather, it assumes that many traits are non-adaptive and shows great interest in discovering which traits are present as by-products of adaptations.

The adaptationist approach is steadily growing in influence in Psychology. The findings and theories of Evolutionary Psychology have found applications in various fields such as politics, law, literature, Psychiatry and economics.