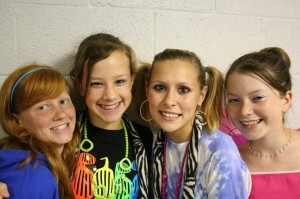 A smile is a universal symbol of warmth, happiness and positivity which comfortably crosses international boundaries and the most diverse of cultures. Smiles can also influence enormous positive changes in society via the process of mimicry; when we smile, it makes the persons around us want to smile too (Hess & Blairy, 2001, cited in Zhivotovkaya, 2008). [showmyads] But psychologists are beginning to discover that smiles might be able to tell us much more than merely the good stuff we’re experiencing right now. Studies have shown that our smiles might be able to predict certain aspects of our future. Consider these 3 amazing reasons for you to turn that frown upside down:

Smile. It might save your marriage. Many psychologists support the theory that smiling behavior in photos is potentially indicative of underlying emotional dispositions that have direct and indirect life consequences (Hertenstein, Hansel, Butts & Hile, 2009). In 2009, Hertenstein and his colleagues conducted two studies to test the degree to which divorce could be predicted by examining the smile intensity of college yearbook and childhood photos. The results showed that smile intensity did predict future divorce, with those who smiled less intensely being more likely to get divorced at some point in their lives.

This is the kicker. Smiling has been positively correlated with longevity. Researchers Abel and Kruger (2010) examined the photographs of 230 professional baseball players from the Baseball Register of 1952, who made their debuts prior to 1950. The photos were separated into three categories: 1) No smile 2) Partial smile and 3) Full smile. Data from the Baseball Register allowed the experimenters to control for such variables as year of birth, body mass index (BMI), career length, career precocity, marital status and college attendance.  Data for all variables was available for 196 of the original 230 players. There were 46 players who had not died up to June 1, 2009. For those players who had already passed away, the results showed that players who exhibited full, genuine smiles (also known as Duchenne smiles) lived, on average, 7 years longer than players who did not smile at all (Abel & Kruger, 2010).

So go out, have fun, live your life. But whatever you do, always remember to smile for the camera!

Harker, L., & Keltner, D. (2001). Expressions of positive emotion in women’s college yearbook pictures and their relationship to personality and life outcomes across adulthood [Abstract]. Journal of Personality and Social Psychology, 80(1), 112-124.

Zhivotovkaya, E. (2008, September 27). Smile and others smile with you: Health benefits, emotional contagion and mimicry. Retrieved January 20, 2012, from http://positivepsychologynews.com/news/emiliya-zhivotovskaya/200809271036