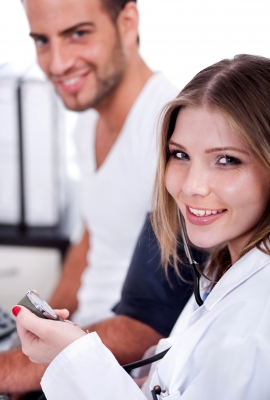 In recent years, the word cancer has been on almost everyone’s minds and lips. No longer is the ‘Big C’ a mysterious condition afflicting a small percentage of persons. It has become a leading cause of death worldwide and one of mankind’s biggest health fears. With the number of reported cases increasing and the death toll rising, researchers are still scampering to find a cure for this dreaded disease. Chemotherapy, radiation, herbal remedies and surgeries offer patients some measure of hope and relief. But after many grueling hours of treatment, numerous trips to the doctor’s office, and thousands of dollars spent on medication, many patients are still left battling for their lives. So what else can they do? Where else can they look? The answer might be closer than you think. In our haste to find a miracle cure for cancer, we often overlook one of the most powerful treatments for this disease – the human mind.

A growing body of research demonstrates that the mind and body are closely intertwined. Our attitudes, thoughts, beliefs and emotions play a significant role in our health and well-being. As the following three cases demonstrate, it might even mean the difference between life and death.

One of the most dramatic accounts of the mind-body connection is that of a patient known as Mr. Wright whose case was reported in 1957. He was a cancer patient who was given only a few weeks to live. After hearing about a new cancer drug called Krebiozen which was being studied, Mr. Wright asked his doctor, Bruno Klopfer, M. D., to treat him with it. A few days after receiving the injection, the patient’s tumors began receding “like snowballs on a hot stove” (Jameson, 2003, p. 52). A few months later, however, a newspaper article published the results of the study showing that the drug was worthless. Suddenly, Mr. Wright’s tumors reappeared. In what might now be viewed as unethical practice, Dr. Klopfer gave Mr. Wright another treatment and assured him that it was a new, more potent form of the drug; in reality, the injection contained only distilled water. Surprisingly, the patient’s tumors again disappeared! Unfortunately, the newspaper soon published another more conclusive article, stating that the drug was ineffective and the research was discontinued. After hearing about this, Mr. Wright’s tumors reappeared and he died a few days later. [showmyads]

Hewlett (1994, cited in Edlin & Golanty, 2010) reported the case of a patient who had a history of chronic lymphatic leukemia, a condition that is usually easily managed with medication. The patient was never informed of his diagnosis but during one of his routine doctor’s visits, he happened to see the word leukemia in his personal file. Soon after, he showed up at a hospital’s emergency room and within three weeks he died. The autopsy revealed no obvious cause of death and the patient’s leukemia was still in remission.  As Edlin & Golanty (2010) theorized, “the patient apparently believed that he had terminal cancer just from seeing the word leukemia  in his medical records” (p. 33) and this belief likely influenced his health.

Renowned physician Deepak Chopra reported the case of a 63 year old woman who was hospitalized with jaundice, thought to be the result of gallstones (Chopra, 1991). During surgery, it was discovered that the patient did not have gallstones but a severe gallbladder cancer which was considered inoperable. While the patient was recovering from surgery, her daughter asked that her mother not be informed of the true diagnosis. Dr. Chopra obliged and instead told the patient that they had removed the gallstones, believing that she would only live a few more months. Eight months later when the patient returned for a checkup, she appeared healthy and there was no clinical evidence of cancer. On one of her later visits she said, “Doctor, when you admitted me to the hospital three years ago with jaundice, I was sure I had cancer. I was so relieved when you operated and found gallstones that I made up my mind never to be sick again” (Chopra, 1991, p. 71).

All three cases cited above illustrate the critical role of psychological factors in physiological health. Patients who believed that the treatment they were receiving would produce positive effects, actually experienced real health benefits, even though the “treatment” they received was nothing more than a medical sham. This phenomenon is known as the placebo effect. On the other hand, patients who had little faith in the treatment and who felt that their situation was hopeless, experienced rapid deterioration of health, even in the absence of any obvious medical cause. This is a demonstration of what scientists refer to as the nocebo effect.

The mechanisms underlying the placebo and nocebo effects are still shrouded in mystery but there is no denying the fact that these effects are real.  Nevertheless, some will argue that cases such as the ones cited above are nothing more than rare exceptions to the rule. It is true that adopting an optimistic attitude will not miraculously cure most patients of cancer, but we cannot ignore the fact that it can produce positive results. For example, a 1988 study of 36 women with recurrent breast cancer found that patients who reported a more positive mood when initially tested had a longer survival time (Levy, Lee, Bagley & Lippma, 1988). If nothing else, patients who maintain a positive attitude are more likely to remain active, stay connected to their friends and family and follow through on their treatment plan. This in turn, could result in a better quality of life for patients while they undergo accepted forms of treatment.

The body of literature on the “mind over cancer” phenomenon is still growing and as the avid reader will find, it is often contradictory and confusing. The important thing to remember, however, is that a positive mindset and a fighting attitude are not meant to supplant but to supplement traditional forms of treatment. Each patient is different and not everyone will experience significant health-enhancing effects from being optimistic. Then again, not everyone experiences significant benefits from chemotherapy or radiation. The point is, there is still no ‘magic bullet’ for cancer. What we have are several weapons that can help us in our battle against this disease. And as Rosenbaum & Rosenbaum (2005) maintain, “to ignore or neglect the power of positive expectations and beliefs is to abandon one of the most valuable tools known to medicine” (p.154).

So if you’re ever faced with the ‘Big C’, don’t despair. Surround yourself with positive people, maintain an optimistic attitude, immerse yourself in activities you enjoy and strengthen your will to survive. There’s so much you could possibly gain and if you think about it, what do you really have to lose?