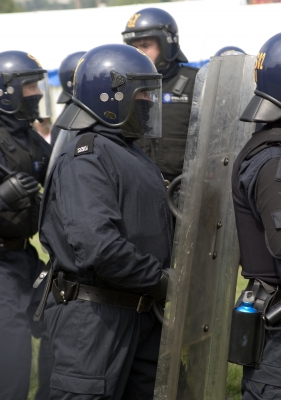 John Violanti, Ph.D., a research associate professor at the University at Buffalo School of Public Health and Health Professions, is leading an experiment to study the correlation between the stress of being a police officer and the occupation’s psychological and health related outcomes. The assumption that the exposure to death, the exposure to human suffering and the high demands experienced by police officers in the line of duty contribute to increased risks of cardiovascular diseases and other chronic ailments prompted the initiation of the five year experiment known as the buffalo cardio- metabolic occupational police stress (BCOPS) study. Dr. Violanti insists that this is the first police population based research to test such an association.

In addition to stress, Dr. Violanti and his team also wanted to find out if there were any other contributing factors or circumstances which lead to cardiovascular disease in police officers. They discovered that “shift work” is a contributing factor of increased metabolic syndrome, a cluster of syndromes that include type II diabetes, stroke, hypertension, abdominal obesity and insulin resistance.

Further findings showed that 40% of police officers were obese in comparison with 32% of the general population and that more than 25% suffered from metabolic syndrome compared with 18.7% of the rest of the American public. Amongst those officers with the highest degrees of self-reported stress, it was noted that female officers were four times more likely to have poor sleep quality while for the male officers, the likelihood was six times greater. Moreover, there were higher risks of officers developing brain cancer and lymphoma after serving for 30 years. Amongst the active officers, it was discovered that the rate of suicide was over 8 times higher compared with those who had either left the force or retired.

Despite the significance of the findings in the BCOPS study, many policemen and policewomen are still reluctant to seek needed help. This is in light of the current police culture and the stigma placed upon police officers in the workplace who do decide to seek such psychological assistance. A policeman who regularly visits a “shrink” might experience damage to his professional reputation or even the loss of financial status. According to Dr. Violanti, there is a great need to improve the training of officers in the academy, especially regarding matters of stress management. This will help them to better understand the signs of stress, how to get treatment and how to create a healthy working environment where policemen and policewomen are not afraid to seek help for themselves.