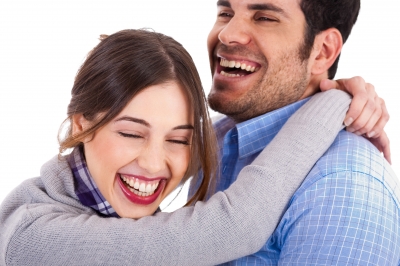 So, everyone has heard the results of the New Yorker Cartoon Caption Contest.  After a panel of men and women reviewed the captions, their findings deemed men were funnier by the merest of a fraction of a percent.  However, men think men are funnier; men like men’s humor better; men like sexist jokes; men try harder and there is a huge stereotypical image in the general population of men being the funnier sex.

Peter McGraw, Ph.D. and Joel Warner, writer, teamed up to try to prove the concept of gender humor being tipped toward men with no conclusive results.  In fact, they singled out the Los Angeles comedian Tig Nataro and her “Squeaky Wheel” gig as one of the funniest they ever witnessed and rated New York’s female cartoonist Roz Chast as one of the best.  Also, significantly funny to them was Manal Awad from the West Bank.  She was so successful at creating Palestine’s first-ever political satire show that the government shut it down. [showmyads]

Humor is subjective.  It is as hard to define humor as it is to define love, sadness or happiness.  Not everyone laughs the same, loves the same or is saddened the same.  So the discourse of who is funnier…men or women is really tiring to most comedians of both sexes. Annie Lederman, comedienne, stated: “The people who think women aren’t funny are probably still pissed that we can show our ankles!”

Rod Martin, author of The Psychology of Humor, states that in his experience, men and women are very much alike in humor as a result.  How they enjoy it and how they create it is different. They both tell off-color jokes, but with completely different attitudes.  If you interview single men and women and ask about how humor plays a role in their dating lives, you will get two different viewpoints.  Men love to joke and create humor and want to meet women who appreciate their jokes.  Women appreciate good humor in a man, and want to find a man who makes them laugh. This speaks volumes.

Evolution theorists claim that a sense of humor is a sign of intelligence and desirability in a man, akin to a strutting peacock.  They may be right. However, men may be better at cracking jokes at the expense of rubbing people the wrong way…who do you prefer…Charlie Sheen or Tina Fey?

Laura Mickes, postdoctoral researcher in UCSD’s psychology department quotes: “There is some shred of truth to the received wisdom about men being funnier, but it does not come close to explaining how much funnier they think they are.” Now, THAT is funny!

Khaled, A. (2011, October 6). Men are funnier than women? Really? Just keep reading… The National. Retrieved on April 23, 2012 from http://www.thenational.ae/thenationalconversation/comment/men-are-funnier-than-women-really-just-keeping-reading