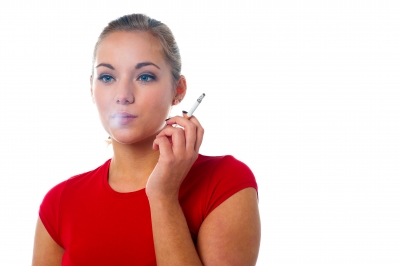 America has come a long way in terms of how its citizens view smoking cigarettes. Indeed, there was a time in the 1950s when medical doctors would appear on television endorsing a particular brand of “smokes.” But new laws in the 1990s restricted the use of cigarettes in many locations and thus the culture began to change. States had so much success curbing smoking that the World Health Organization now lists the U.S. below many other nations, such as England and Australia, in prevalence of overall tobacco consumption.

But while a healthy change is always a good thing, the statistics do not show one crucial bit of info: quitting smoking is just as difficult as ever. Indeed, according to data obtained by the American Cancer Society, only 4% to 7% of those who attempt to quit without smoking cessation aids are successful. This is in contrast to the 25% success rate of those who quit smoking with the help of medicine or other products. So in the interest of helping smokers kick the habit for good, here are some of the top modern methods for breaking their dependence on cigarettes.

E-cigarettes may be the new kid on the block, but they are quickly transforming the culture of smoking in the modern world. Known as “vaping,” e-cigs contain a heating element that vaporizes the contents of a nicotine cartridge located in the device. Instead of taking harmful smoke into the lungs, the device produces harmless water vapor. But these items are more than a modern and chic alternative to traditional tobacco cigarettes, they can be a helpful smoking-cessation aid as well. According to researchers in New Zealand, after six months of using an e-cigarette, 7.3% of smokers were abstinent. This is compared to the 5.8% who remained abstinent using the patch.

Many smokers find prescription drugs to be an effective modern method for quitting smoking. There are currently two main anti-smoking medications that require a doctor’s prescription.

Zyban – this is an anti-depressant that has been shown to be effective at helping people give up cigarettes. There is no nicotine in Zyban, but it does affect the brain chemicals associated with nicotine consumption. This medicine can be used in conjunction with other smoking-cessation therapies. Studies show a success rate of about 30% over the course of three months.

Chantix – unlike Zyban, this medication was developed solely as a quitting-smoking aid. It works by blocking the brain’s nicotine receptors. The result is that smoking becomes less pleasurable for the smoker and the effects of withdrawal are minimized as well. Chantix has proven to be more effective than Zyban, having a 44% success rate over the course of three months.

Hypnotherapy is certainly a modern tactic for those attempting to give up smoking. Many may be skeptical of this method, but a study conducted by the British Society of Medical and Dental Hypnosis shows a high success rate (around 60%) after a single session. And the Journal of Applied Psychology studied some 72,000 smokers in the U.S. and Europe and found hypnotherapy to be most successful in helping to quit.

In the end, the crucial thing that smokers need to remember is that it’s okay to seek help when quitting. The modern methods and devices available in the 21st century all but ensure even the most entrenched smoker can have a fighting chance at beating the cigarette.