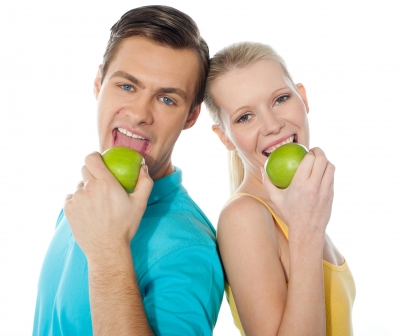 Is your lunch male or female? Odd question to ask isn’t it? But odd as it might seem, western culture does show strong associations between gender and food. We live in a world where ladies are expected to eat either fruit or vegetable salads while manly men consume red meat. And it is not difficult to see why we have these perceptions: meat, as a product of the hunt, has been associated with strength and power for ages — two features usually linked with masculinity. In fact, so prominent is the meat-male linkage that researchers Paul Rozin, Julia M. Hormes, Myles S. Faith and Brian Wansink carried out a series of experiments to investigate it.

H1: Maleness and meat are linked in thought.

H2: It is speciﬁcally mammal muscle that has male implications.

H4: Foods that have received more culinary treatment, that is, are more distant from raw, as a result of being traditionally processed more by females, will have more psychological femaleness.

H5: In the service of gender identity maintenance, females will prefer lesser involvement with meat.

H6: Measures of the maleness of meat will be more pronounced in individuals with feminist afﬁliations.

To test these six hypotheses, six experiments were carried out. In the first experiment, 308 college students were asked to link food names (beef, hamburger, pork, broccoli, corn and peas) with the names of people (Joan, Mary, Claire, Robert, Paul and John). The results showed that the participants’ reaction time in matching meat names with masculine names was quicker than for feminine names, indicating implicit associations between meat and masculinity.

Next, 569 college students were given questionnaires containing an impressions paragraph (showing the food preferences and habits of a figurative person) as the first item. There were eight versions of the impressions paragraph and these were randomly distributed among the students. The outcome of this testing showed that the students rated the figurative beef-lover as more masculine and less feminine than the figurative fish and vegetable-lover.

In the fourth study, students of the University of Pennsylvania “were asked to indicate directly how ‘male’ and ‘female’ different foods were” (Rozin, et al, 2012). The data showed that mammalian muscle meats were rated as more masculine, while foods in need of much preparation were rated as more feminine than uncooked foods.

The fifth experiment saw the researchers questioning the subjects about their dietary habits. The researchers stated “if meat represents maleness as a means of reinforcing gender, we hypothesize that females will reject meat more than males will” (Rozin, et al, 2012). This was indeed the case, as the results showed that more women reported having restricted their eating of meat than men.

In the sixth and final study the researchers analyzed whether or not gendered languages (such as Spanish, French, etc.) generally marked “meat words” as male. It was found that both meats and female animal products (milk, eggs, etc.) were more commonly assigned the male gender than the female gender.

The overall results of the study indicate that there are clear associations between food and gender. While more research is needed in order to better understand these associations, persons involved in the food industry would do well to make full use of the preferences of their customers (male vs. female) and pay keen attention to the gender perceptions of food, especially in areas of marketing and advertising.