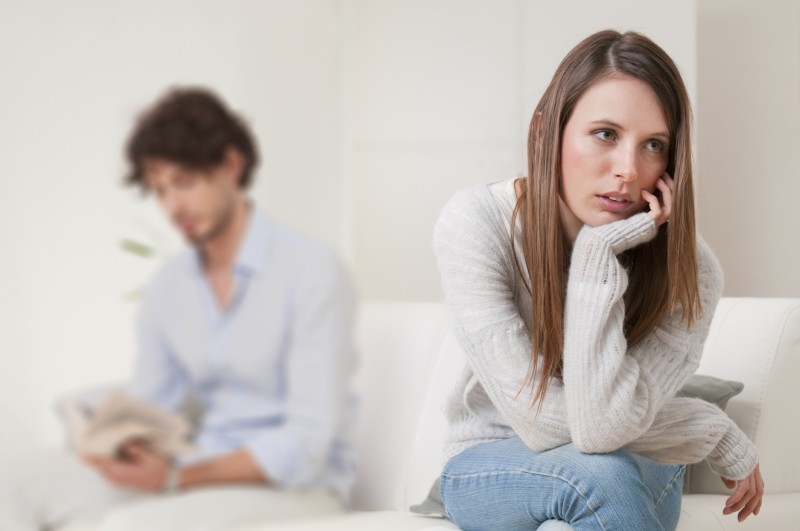 When a man and a woman come together to start a marriage, they usually strive to make each other’s lives fun, enjoyable and fulfilling. However, conflict is an unavoidable consequence of living with another person. This means every marriage will experience issues at some point. In some cases, negative issues may become so intense that the couple decides to separate.

In this article, we will discuss 5 social pressures that may contribute a wife making the decision to leave her husband (according to the source).

Many women’s groups consist of independent, single women who have the freedom to live their lives as they please. For them, a night out of town is hardly an issue. When married women with relatively less freedom are regularly exposed to accounts of their single friends’ “nighttime adventures” they may begin to yearn for the freedom their peers enjoy. This is especially likely if chronic relationship issues currently exist between a wife and her husband.

While nothing is wrong with a wife spending time with her girlfriends, it is important for her to remember her obligations to her husband and her family. As such, she may need to set limits on what she discusses and what she does when she is out with her peers.

A middle-aged woman who is married may start to wonder if her husband still finds her attractive as she grows older. This concern may grow if her husband has a bad habit of staring at younger ladies. Many marriages around the world are negatively impacted by extramarital affairs. More often than not, the husband is the guilty partner.

However, many middle-aged wives these days are getting even. The prominence of dating apps has made it easy for middle-aged wives who feel neglected to get the attention they desire, particularly from younger men.  Some middle-aged women who work to develop financial independence may feel that they no longer need a man around. As they draw closer to their retirement age, they may reason that freedom and new life experiences are more important to them.

These days it is not surprising to see young girls outperform young boys in school. As a result, an increasing percentage of women are achieving higher levels of education than men. This means more women are able to land higher paying jobs. Sadly, some men have used the financial success of their wives as an excuse not to work at all.

Although nothing is wrong if a woman earns more than her husband, she may lose respect for him if he refuses to put out any effort to provide for his family. Both husbands and wives have key roles to play if their marriage is to be successful. Chronic laziness, irresponsibility, or indifference on the part of some husbands has moved some wives to file for divorce.

Recent research suggests some women are tempted to cheat on their spouses with members of their own sex more often than they are tempted to cheat with other men. Sheryl Kingsberg, a professor and a renowned researcher, says the trend is increasing, especially among women in their thirties. She believes hormonal imbalances play a major role (according to the source).

One hormone known as neuroendocrine causes a woman’s testosterone levels to increase. Some researchers believe these hormonal imbalances may influence some women to become more attracted to the concept of homosexuality.

Many marriages fail when the husband is sent to prison. Wives with incarcerated husbands often struggle with loneliness, financial insecurity, increased family responsibility, and social stigma. Unsatisfied sexual urges is another major issue that is difficult to cope with. A large percentage of wives in this situation choose to move to a new community, file papers for divorce and move on with their lives.

How to Keep Your Marriage Intact

Regular communication that is positive and upbuilding is key to a happy marriage. Marriage mates who are constantly sharing their thoughts and emotions with each other are less likely to feel lonely, neglected, or unappreciated. Do not assume that your partner knows what you are feeling or thinking. Clear communication will help both of you to know what to do in order to overcome or cope with any issues that may arise.

Once both partners know what they need to do, it is important to put your plans into action. Share responsibilities to ensure one partner is not overly burdened and perform unexpected acts of kindness to show your spouse that you really care. You may also seek professional relationship advice from a marriage counselor. And when your partner makes a mistake, your willingness to forgive him or her will be vital to keeping your relationship intact.