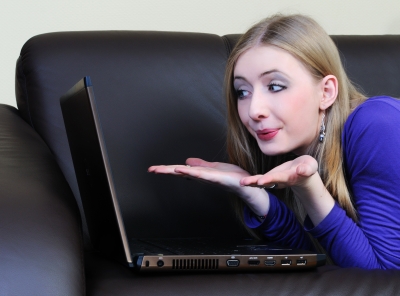 The study involved forty-seven female undergraduates who were shown the Facebook profiles of four men and asked to rate how attractive these men were to them. They were informed that the study was being conducted to see how well Facebook could work as a potential dating site.

[showmyads] One group of women were told the four men they were viewing had seen their profiles, and liked them the most. These women rated the men as highly attractive, confirming what psychologists call the reciprocity principle: we usually like someone about the same amount as we think they like us.

A second group was told the men were of those who’d rated the women’s profiles as average. The women were not pleased with this and rated those men similarly. The third group was told that the men in these profiles could have either rated them highly, or averagely. And, of course, this third group of women considered the fictitious men in these profiles to be the most attractive.

Did anyone else see this coming? The researchers did, or they would not have set out on such a study. But what does this mean for us in the real world, and how can we apply this research to our own personal lives? Simple. Be mysterious.

Countless self-help books and dating advisors maintain that you should play hard to get, and this confirms it. Uncertainty about a romantic partner’s feelings piques our interest. We love the chase.

I’m sure the men out there have now concluded that they need to be jerks in order to get the girl, but that may not be the case at all. Uncertainty doesn’t necessarily mean women want someone to play hot and cold – that can be exhausting. What we do love, is the drama. We don’t want you to pick up the phone every single time or text back right away, we want a little thrill, and we want to work for it. Let me assure you drama is not another woman to compete with! Drama is the little high you get when you don’t get a response from him for an hour and you have to wonder where he is. But when he finally does call, all is remedied and he was simply taking a cat nap after a long day of running in and out of burning buildings.

What I found problematic about this study is that, as per usual, it was done with college undergraduates. A reasonably large demographic I’m sure, but definitely not one that allows sweeping statements to be made about the entire population’s dating habits. Older women have a completely different mindset than young upstarts. Life experience should not be discounted, as we are products not only of biology, but of our environments as well.

The study also didn’t reverse itself to examine the outcome with males as participants. It seems as though the researchers set out to confirm a stereotype, not to examine human nature. Although, I can understand how hard it would be to get a whole forty-seven participants together for an afternoon. Perhaps next time they should just advertise a Justin Bieber concert, that should rack up a decent pool of candidates.

An article on Love, Attraction and the Female Mind by regular friendsdatingplaces.com contributor Carey Adams.