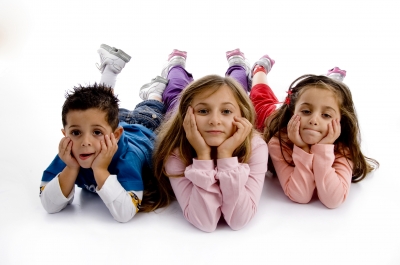 Just as it is common for youths to form friendship cliques, it is also common for some kids to be left out. Much research has paid attention to what it is like to be rejected or excluded. However a new study by Holly Recchia and her team took an unusual approach, they asked children and adolescents to relate the times that they had excluded someone, and then to give reasons for their actions.

[showmyads]The researchers interviewed eighty four kids: twenty eight 7-year-olds, twenty eight 11-year-olds and twenty eight 17-year-olds and an obvious trend was soon established in relation to the various age groups. The responses from the younger children showed that they hardly ever thought of themselves as having any alternative when they excluded a peer. They consistently mentioned convenient reasons  such as “We were playing piggy-back wars … another kid wanted to play … we didn’t have any more people for him,” or “We were playing jump roping and somebody else wanted to play with us, but then my friend said no.” The kids’ excuses for their behavior starkly contrasted with the observations that young children often leave other kids out intentionally. The 17-year-old participants, on the other hand, were blunter and frequently gave their motives for excluding peers. For instance “We didn’t invite this one girl because she’s not open-minded” was a regular explanation.

From the responses of the younger age group, Recchia and her colleagues concluded that social inclusion strategies and programmes for kids would benefit from encouraging them to take responsibility for their actions, “given their apparent reluctance or incapacity to do so spontaneously.”

On the plus side however, when requested to examine their grounds for excluding some of their peers, even younger children were cognizant of the consequences of leaving someone out. In addition, it was evident that the interviewees at times purposely steered clear of thinking about their actions. This approach, the scientists said “was aimed at numbing their awareness of the emotional consequences of leaving others out.” In line with this claim, some kids displayed guilt for succumbing to peer pressure and excluding others.

Perhaps most surprising and most encouraging to Recchia and her team was the fact that the 17-year-olds who thought that disliking an individual was a good enough reason to exclude them, gave evidence that they were conscious of the “undesirability” of being left out. The researchers believed that this presented “an initial entree for interventions aimed at helping widely disliked victims of exclusion become reintegrated.” The study is the first to attempt to examine the experience of exclusion, in all its complexity, across a large age range of kids and adolescents. ­­­­­