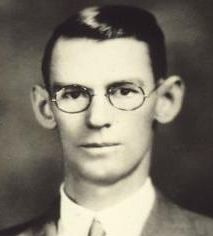 In a landmark experiment in 1935, John Ridley Stroop demonstrated a cognitive effect which has fascinated psychologists for centuries. In the first of a series of experiments reported in his dissertation, Stroop asked participants to read the names of a list of colour words (e.g. blue, red, etc) under two conditions. In the first condition, participants were asked to read words that were printed in black ink whereas in the other condition they were expected to read words which were printed in ink colours that did not match the color names. For example, the word blue may have been printed in red ink (i.e. blue – in this case, the correct answer would have been blue). In this experiment, Stroop found that there was no significant difference in performance between the two conditions.

So what’s the explanation for the Stroop effect? The most common explanation is based on the theory of automaticity, which suggests that among literate adults, word reading is a more automatic process than colour naming. Whereas colour naming requires some attentional capacity, word reading occurs quickly and effortlessly and requires no attention. Individuals therefore find it difficult to inhibit reading even in cases where they are instructed not to. To test this hypothesis, try opening a book and telling yourself not to read the words that are printed on the page. Or the next time you go driving, try looking at each billboard you pass along the way without reading what it says. If you are like most literate individuals, you will find this task extremely difficult, if not impossible!