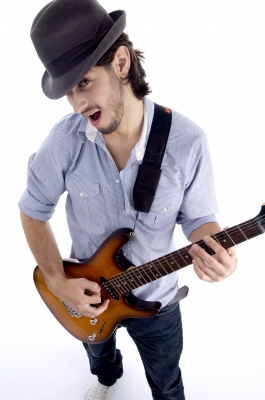 Oh what changes the seasons bring!

From falling leaves to an icy sting

To a sudden shift in the songs we sing

We all know the common saying: “For everything there is a season.” A season to laugh, a season to cry… and apparently a season to listen to certain types of music.  At least that’s what the findings of two studies conducted by Pettijohn, Williams and Carter (2010) seem to suggest. Both studies, conducted in the United States, were designed to examine how seasonal conditions influence music preferences in a sample of male and female college students. In Study 1, 230 participants were asked to read a scenario depicting either a typical summer or winter experience. They were then asked to select one of four categories of music that they would most like to listen to if they were experiencing that scenario in real life. The four music categories were reflective and complex (including the genres classical, blues, folk, and jazz), intense and rebellious (including the genres alternative, rock, and heavy metal), upbeat and conventional (including the genres country, religious, pop, and soundtracks/theme songs), and energetic and rhythmic (including the genres dance/electronica, rap/hip-hop, and soul/funk) (Pettijohn et al. 2010).

Study 2 involved a conceptual replication and extension of Study 1. Whereas the participants in the first study were drawn from a small, private college, Study 2 included 199 male and female participants from a mid-sized public university in a different geographic region of the U.S. Participants were assigned to one of four groups (summer, winter, fall or spring) and asked to write their own descriptions of the season to which they were assigned. They were then asked to select from the four music categories used in the first study, the one that they would most like to listen to if they were experiencing the scenario they wrote about in real life. Results of this study supported the findings of the previous one, revealing that participants preferred reflexive and complex music after thinking about winter or fall but preferred energetic and rhythmic music after thinking about summer or spring.

The findings of this study can be understood in light of the different environmental and social changes that accompany each season. For example, as the researchers noted, fall marks the end of the relaxed, carefree days of summer and the start of an academic school year. With winter comes the inevitable cold temperatures, shorter days, and as the researchers suggested, more opportunity for reflection and introspection. All of this helps to explain the greater preference for reflective and complex music among participants in the winter condition. On the other hand, thoughts of summer might have resulted in greater preference for energetic and rhythmic music because summer is normally a time for social activity, fun and celebration.

These findings may have significant implications for artists and other persons involved in the music industry. It’s as simple as this: if persons’ preference for certain types of music change throughout the year, artists should give serious thought to the season in which they release their music or the type of songs they promote at different times of the year. If the results of this study apply to the general population, their choice in this matter could mean the difference between a disappointing slump in sales and a smashing platinum hit.