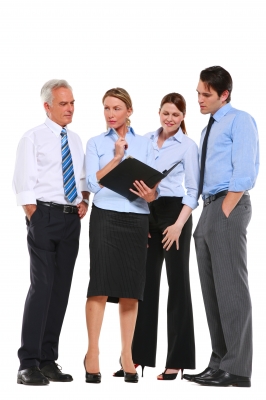 More power to you! Leaders have always been keenly interested in power and how to use it in their organizations. But what, exactly, does that mean? There are lots of kinds of power and many ways to use it (and abuse it). Few rise to important positions in their organizations without the ability to skillfully use power to advance their agendas. Historically, much power was of the “do it my way or else” variety. Most leaders today, however, recognize the limitations of that strategy.

In a recent study conducted by the Center for Creative Leadership, researchers found most leaders believe the kind of power that will be most important to the future of their organizations is relationship power. The researchers concluded that, “Survey respondents recognized the power of relationships as a source of power they frequently leverage today, and a source of power they believe will be important to leverage in the future in order to be more effective leaders.”

While the data indicated that most leaders would use that power to advance their own agenda (only 19% would use it to advance the organization’s agenda; 52% to advance their own agenda.), the recognition that relationship power is important is significant. In leadership training, the principles of acquiring, understanding, and using relationship power are often seen as side issues. Formal lines of authority, technical expertise, access to information, and control of resources (to reward and punish) are still viewed as the “real” sources of power. Since organizations are truly systems of relationships, such thinking becomes an obstacle to effective leadership.

The Center For Creative Leadership study points out that organizational leaders are starting to recognize that the way to get things done involves the intelligent use of relationship power. That suggests that the need to develop higher levels of skill in developing relationships is also starting to be seen as important. The purpose to which leaders put that power is another matter.

[showmyads]One of the reasons, I believe, for this shift in emphasis is the increasing complexity of organizations. Long gone are the days when a supervisor or manager could know everything he or she needed to know to accomplish the organization’s goals. Expertise is much more widely distributed. Departments are more interdependent. Groups need to work as teams. The kinds of power that worked reasonably well in simpler, more centralized organizations have become insufficient, obsolete. This also signals a shift in the kind of skills that leaders need to learn. Relationship power works, to some degree, in a fundamentally different way than the other kinds of power. The resources to reward or punish, the authority inherent in a management or executive position, the access to important information, come with the package when a leader is appointed to a new role. In certain ways, the leader “owns” that power and it is relatively permanent, at least until he or she leaves the position.

Relationship power, on the other hand, must always be earned. The need to earn it does not stop at the boundaries of the leader’s authority as defined by the chart. Those whom you wish to influence grant relationship power. It is a gift. More accurately, it is a loan. It can be called in if the leader does not live up to the terms. And the terms are created and enforced by those the leader wishes to influence. This is a very different way of thinking.

This kind of power cannot be assigned. It depends, in part, on the leader’s communication skills.

A leader who is a good listener, sends clear messages, capably resolves conflicts, and so forth will have better, more enduring relationships. It depends also on how responsibly the leader uses the power given (loaned). All power can be used wisely or abused. It is, I believe, harder to abuse relationship power. The control of resources to reward or punish can be abused and the organization must prove wrongdoing. The leader still controls the resources until the “case” is resolved. The misuse of information power or position power is much the same. Those being mistreated must “prove” misconduct. These are legalistic and bureaucratic processes that can take a long time and the outcomes are seldom certain.

The consequence of abuse of relationship power, however, is often immediate and sometimes ruinous. Those on the receiving end of the misuse can instantaneously withhold their permission to use the power. Its informality is what makes it more potent. No one has to wait for a board or a manager or a judge to make a ruling. If such abuses happen often enough, the leader becomes powerless, paralyzed. Sustaining relationship power over the long term requires the leader to build and maintain a high level of trust.

Trust is built one relationship at a time. It is incremental. It is hard work.

There is no evidence that the future will see organizations revert to the more traditional forms of power. In fact, the trend toward more and more complexity, more and more teamwork, greater distribution of resources, information, knowledge, and skill points toward an ever increasing need to develop good, solid working relationships and the kind of power that goes hand in hand with teamwork.

So what steps should a leader take to prepare for a future organization where relationship power is a crucial component of success? Here are a few ideas.

Power is a measure of the probability of achieving a desired outcome.

It is a resource. Some kinds of power, like some kinds of energy sources (there is only so much coal and oil.), are finite. A leader has only so much money to increase salaries, give bonuses, fund new projects and the like. There are boundaries, legal and organizational, that proscribe certain kinds of disciplinary actions. But relationship power is a renewable resource – more like solar energy – that increases as your relationships improve, as trust increases. In some ways, it becomes more potent the more you use it as long as you use it responsibly.

So, why are you sitting around reading this article? Go do what I told you to do. Sign up for that leadership training workshop. Or else!