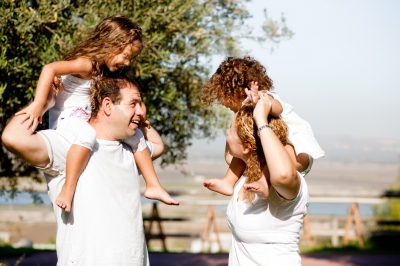 Baumrind’s model of parenting styles is arguably the most influential framework that has been proposed for classifying styles of parenting. Based on her studies, Diana Baumrind delineated various parenting styles which can be classified along two dimensions: responsiveness (warmth) and demandingness (control). She defined parental responsiveness as “the extent to which parents intentionally foster individuality, self-regulation, and self-assertion by being attuned, supportive, and acquiescent to children’s special needs and demands” (Baumrind, 1996, p. 410, cited in Grolnick, 2003, p. 6). Parental demandingness she referred to as “the claims parents make on children to become integrated into the family whole by their maturity demands, supervision, disciplinary efforts and willingness to confront the child who disobeys” (Baumrind, 1996, p. 411, cited in Grolnick, 2003, p. 6). [showmyads]

In Baumrind’s classification system, three distinct parenting styles are identified. These are the authoritative, authoritarian and permissive parenting styles.
Authoritative parents (high warmth/ high control) encourage independence in their children while at the same time placing appropriate limits on their behaviour. Open parent-child communication is encouraged and warmth and support are consistently displayed toward the child or children (Spera, 2005). The authoritarian parent (low warmth/ high control) also places limits on their children’s behaviour but to the point of becoming restrictive. Such parents require unquestioned obedience and are intolerant of inappropriate behavior. Harsh, punitive measures are often used to ensure compliance with rules and standards (Bush & Peterson, 2007). They also have high expectations and high maturity demands for their children, which they communicate through rules and orders. Little verbal exchange is allowed and displays of affection are kept at a minimum (Spera, 2005).

The third category identified by Baumrind is the permissive parenting style. However, developmentalists have argued that this category can be subdivided into two discrete groups – permissive-indulgent parenting (indulgent parenting) and permissive-indifferent parenting (neglectful parenting) (Maccoby & Martin, 1983; cited in Santrock, 1995). The indulgent parent (high warmth/low control) demonstrates warmth and emotional involvement with their children but make very little demands and place few, if any, limits on their behavior (Santrock, 2005). The neglectful parent (low warmth/low control) is the opposite of the authoritative parent, being low on both dimensions of responsiveness and demandingness. Like those in the indulgent category, neglectful parents place very few restraints on their children and there is little monitoring of their children’s activities. However, they show very little warmth or affection and are typically uninvolved in their children’s lives (Santrock, 1995).

A child’s mother and father may employ two different parenting styles. Some variation in parenting styles can be beneficial but major differences often result in conflict. This may be exacerbated if the parents are separated or divorced. In-person or online co-parenting counselling can help parents to resolve differences peacefully and carry out their parental responsibilities as a united front.