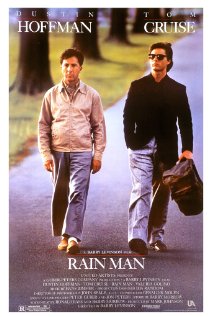 This film provided an entire generation with their first introduction to the subject of autism and is still highly regarded today, more than 20 years after its release. Raymond (Dustin Hoffman), the autistic character in Rain Man, is a savant.  He has an incredible memory but he does not necessarily understand the things that he is able to recall.  For example, he is able to remember numbers and help with card counting, even though he does not have a strong background in mathematics. At the outset, Raymond’s brother Charlie (Tom Cruise) mistakenly believes that Raymond’s autism can be cured and this is the source of much friction throughout the movie.

Rain Man is widely regarded as one of the best films on the subject of autism, but persons who are knowledgeable about autistic spectrum disorders can recognize that the movie is [showmyads] not without its flaws. Dustin Hoffman puts in a very strong performance as the main character, but the film has left many people with the impression that all autistics are savants, with amazing memories or numerical skills. The truth is that autistic persons, just like neurotypical persons, span a broad spectrum of abilities and talents, with only a small percentage of autistic individuals being classified as high functioning savants. 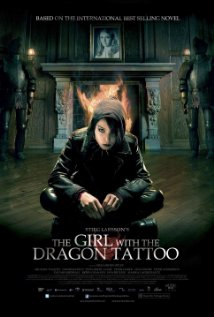 2. The Girl with the Dragon Tattoo (trilogy)

Lisbeth Salander suffers from Asperger’s Syndrome, which is a condition on the autistic spectrum.  Her condition is not central to the plot, but her caregivers speculate about her disorder on several occasions. Many health care workers comment on her introversion and asocial behaviour, but they ultimately fail to recognize that she is autistic.

Salander was a victim of child abuse, and spent much of her youth in an institution for rehabilitation.  She became a ward of the state, and even as an adult, had her finances managed by a state appointed guardian. Salander is portrayed as being distrustful of authority. She refuses to speak to, or acknowledge persons whom she does not respect. She also displays extreme hostility towards men who abuse women, and takes great pleasure in exposing and punishing them. As with many autistic characters in mainstream movies, Salander is portrayed as having a photographic memory, which aids in her career as a world class computer hacker. 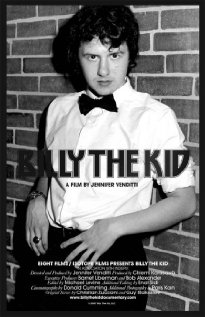 Billy the Kid (2007) is a documentary, not a scripted movie. It is a portrait of a teenage boy who is struggling to fit in, date a girl, and overcome numerous childhood traumas. The subject of the film (Billy P.) was diagnosed with Asperger’s Syndrome only after the film was made. Asperger’s is a relatively mild form of autism, so it is no surprise that Billy went undiagnosed for as long as he did. The documentary serves as a strong reminder that individuals with Asperger’s are people first and foremost, and should not be defined by their condition. A 15 year old Billy says in the documentary “I’m not black, I’m not white, not foreign, just different in the mind. Different brains, that’s all.”  Billy offers some interesting insights into a number of teenage problems, but the film does not focus on autism or Asperger’s syndrome. Billy is simply a different child, a precocious youngster who struggles to fit in because he has a different perspective from his peers. The raw reality of the film makes it very interesting viewing. 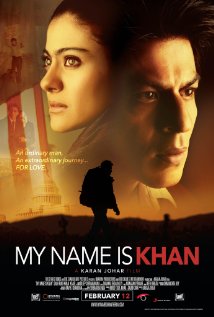 This Bollywood movie does an excellent job of portraying a character who is on the autistic spectrum.  Rizwan Kahn (Shahrukh Khan) is a Muslim with Asperger’s syndrome, but the movie places more emphasis on the struggles the character faces because of his faith, rather than his mental condition.

My Name is Khan makes Asperger’s a secondary, though still significant element of the film’s plot.  Khan is a naive, well-intentioned person who is neither portrayed as a savant nor as a simpleton.  He struggles to cope with noise, hates the colour yellow and has an amazing ability to fix machines and electrical appliances. Khan also functions fairly well in society, and grows as a person throughout the film as he travels across the United States in order to speak with the President and clear his name of terrorism. His impact on the persons he encounters during his journey is immense. Kahn even attempts to develop a lasting relationship with a neurotypical woman, pushing the boundaries of autistic characters in mainstream movies. Fans of the film will forever remember those few profound words that resonate throughout the entire plot – “My name is Khan…and I am not a terrorist.”

There are many other movies which feature characters with autistic spectrum disorders. Some of these characters serve as foils for a neurotypical main character, but it’s becoming increasingly common for autistic characters to be depicted as strong individuals, and this is something that should certainly be applauded.

This is a guest article was written by Amy Fowler on behalf of Voyage, specialists in supporting people with learning disabilities and autism.