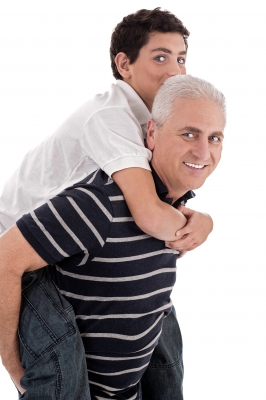 Developmental psychology is the scientific study of the age-related changes that occur over the course of the human lifespan. Although early developmental theorists were mainly concerned with children, the focus of this field has now expanded to include changes over the entire human lifespan from conception to death. Developmental psychologists study various domains of development,  including physical, emotional, cognitive, moral, personality and social change. Although in theory, these domains can be viewed as separate, they all influence and are influenced by each other. Developmental psychologists therefore investigate ways in which these areas of development interact, resulting in more complex patterns of change. For example, physical development during the adolescent years can result in emotional changes (e.g. reduced or heightened self-confidence) which could in turn, affect one’s pattern of social interaction.

[showmyads] Developmental psychologists seek not only to describe the qualitative and quantitative changes that occur as humans grow and age, but also to explain the underlying mechanisms by which these changes occur. Both of these aims are fulfilled through scientific studies across various age and cultural groups. Such research has resulted in extensive data showing  the range of behaviours that are typical at a particular age. This body of knowledge provides a scientific standard against which individual behaviours can be compared to determine if a child is developing at the typical rate of children the same age, if he/she is lagging behind or is developmentally advanced. Research in developmental psychology also helps to uncover factors that promote as well as hinder optimal development – valuable information which can be applied in many situations both within and outside of this field.

There are several major issues have been at the core of developmental psychology since its emergence. These include issues relating to:

1. Nature vs nurture –  Are developmental changes the result of innate characteristics (nature) or environmental influences (nurture)?

3. Stability vs change – As individuals develop, do their characteristics remain stable over time or do they change? For example, if an individual is very talkative and outgoing as a child, will this trait remain constant into adulthood?

Several influential theorists have helped to shape the field of developmental psychology through their significant theoretical contributions. These include Jean Piaget and Lev Vygotsky, who both proposed valuable theories of cognitive development; Sigmund Freud, Erik Erikson and John B. Watson, who proposed detailed theories of personality development; and Lawrence Kohlberg, whose groundbreaking work on moral development continue to influence current conceptions of morality.