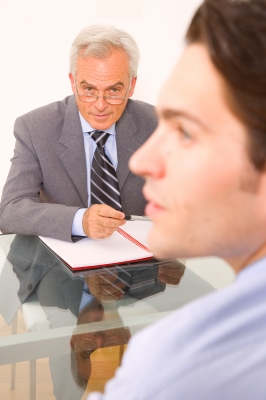 Have an interview or meeting coming up or simply need to make a good impression? Here are 4 tips on how to kill it:

1. Power stance
Whether you want to appear more powerful or need a confidence boost taking a more powerful stance is the way to go. Research has shown that taking a stance that involves open limbs and expansive gestures not only makes people feel more powerful but also increased their testosterone levels (Carney, Cuddy, & Yap, 2010). Such poses take up more space and when you dominate the space your mind gets the message.

2. Gesture for persuasion
Everyone knows that some people use their hands more than others while speaking. These movements are more than just a result of communication. Hand gestures increase the persuasive power of a message compared to no gesturing (Maricchiolo, Gnisci & Bonaiuto, 2009). Gestures that make what you’re saying more understandable are the most effective, such as pointing behind you when referring to the past.

3. Mimic for empathy
[showmyads] People who are good at empathizing do this automatically but a little extra effort never hurt. Behaviours such as copying accent, posture, expressions and so on can help you get inside someone’s head. Theoretically if you can copy it you will feel it yourself and can then understand the other person better.

4. Smile
The smile, while simple, is underestimated in its power. The first benefit of smiling is trust. Genuine smiles (those that involve the upper cheeks and eyes) communicate to others that you can be trusted and will be cooperative. People who smile are seen as more generous and more extraverted (Mehu, Grammer & Dunbar, 2007).

Another reason to smile is that it can make you money. This may depend on your industry but it can pay off, literally, for those in the service industry. For example, waitresses who smiled made more tips (Tidd & Lockard, 1978).