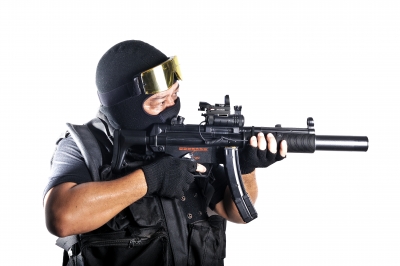 Posttraumatic stress disorder (PTSD) is an anxiety disorder which develops following exposure to a terrifying event involving death, injury, or a threat to the physical integrity of onself or of another person. The symptoms characteristic of PTSD can develop out of personal experience with traumatic events or from witnessing or hearing about such events being experienced by others. Distressing events leading to this disorder include wars, natural disasters, imprisonment, violent personal assaults, serious automobile accidents, and being diagnosed with a life-threatening illness.

The three essential symptoms of PTSD are rexperiencing, avoidance and hyperarousal (American Psychiatric Association, Diagnostic and Statistical Manual of Mental Disorders [DSM-IV-TR], 2000). Reexperiencing tends to be the most distressing of all the symptoms as it involves unwanted but recurrent nightmares or recollections of the trauma, a feeling that one is reliving the traumatic event (flashbacks), as well as hallucinations. All of these may be triggered by events or objects which are reminiscent of the trauma. Avoidance involves efforts to shun or detach oneself from all reminders of the ordeal, while hyperarousal involves difficulty sleeping, irritability and hypervigilance. [showmyads]

The predominance of any one of these symptoms varies across individuals and over time. While symptoms usually appear within the first three months after the traumatic experience, they can be delayed for up to six months or more after the event. Persons with PTSD often have comorbid conditions, usually from the category of depressive disorders, anxiety disorders or substance-related disorders (Sadock & Sadock, 2004). Evidence of this comes from the U.S. National Comorbidity Survey which found that 88.3 percent of men and 79.0 percent of women who have a history of PTSD also have at least one additional psychiatric disorder (Kessler et al., 1995, cited in Marshall et al., 2001).

PTSD must be differentiated from other trauma-related disorders, such as Adjustment Disorder and Acute Stress Disorder. The difference between an Adjustment Disorder and PTSD lies in the severity of the trauma. In PTSD the stressor must be extreme while in Adjustment disorder, the trauma can be of any severity. According to the DSM-IV-TR (2000), the latter diagnosis is given when the constellation of symptoms characteristic of PTSD occurs in response to a stressor which is not extreme (e.g. loss of a job) or when the response to an extreme stressor does not fully meet the criteria for PTSD. PTSD is also distinguished from Acute Stress Disorder (ASD) based on the duration of the symptoms. In ASD, the symptoms occur and resolve within four weeks of experiencing the stressor. If they persist for more than a month, the diagnosis of PTSD is given.