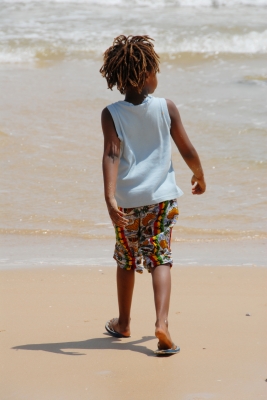 In many Western countries, the nuclear family, in which both parents are members of the household, is believed to be ideal. In Jamaica and the wider Caribbean, however, the nuclear family is often the exception rather than the rule. A large proportion of families in the region still consist of only one parent, usually the mother, with fathers adopting a marginal role in child-care and nurturance. According to the UNICEF publication “Situation Analysis of Jamaican Children,” over 45% of the households in Jamaica are female-headed. Such family structures are generally accepted as the norm in the Caribbean, and are often viewed as functional responses to the problems faced by people living in the region.

With regard to parenting style, a large percentage of Jamaican parents are believed to be authoritarian. This belief is largely due to the forms of discipline and communication patterns employed by many parents in the country. While there are variations in parenting styles among Jamaican parents, their general child-rearing methods have been described as highly repressive, severe and abusive (Smith & Mosby, 2003) and their disciplinary measures as inconsistent and developmentally inappropriate (Sloley, 1999, cited in Smith & Mosby, 2003). As Smith and Mosby (2003) mentioned, physical punishment is culturally sanctioned and generally viewed as the norm, supported by parents, relatives, teachers, and some religious leaders. Recently, the use of corporal punishment in Jamaican schools was banned but it continues to be used extensively by many parents. [showmyads]

Poor parent-child communication is another characteristic of authoritarian parenting that has been noted among Jamaican parents. Evans and Davies (1997, cited in Smith & Mosby, 2003) noted that Jamaican parents often complained about their children asking too many questions or talking too much. These researchers argued that Jamaican parents are not inclined to engage in extended conversations with their children or to reason with them, views which are supported by Smith and Mosby (2003). In a study funded by the United Nations Children’s Fund (UNICEF), entitled “Unfriendly Parents in Jamaica” (2001) similar issues were identified and discussed. More specifically, researchers noted that there is a “lack of balanced communication between parents and teenagers, an unwillingness to engage in discussions with children, lack of information by parents and a lack of understanding of adolescent behaviour” (“Unfriendly Parents in Jamaica,” 2001, cited in Smith & Mosby, 2003, p. 373). Again, cultural beliefs help to maintain this form of interaction between parents and children. Many Jamaican parents still adhere to the view that children should “speak only when spoken to” and “should be seen and not heard.”