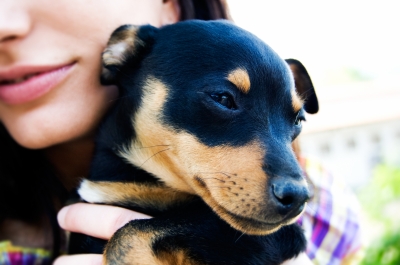 We all know the obvious benefits of having pets; a kitty at play keeps the rodents away and a man-eating Rottweiler is a major deterrent against burglars and other larger vermin. We also know that pets can provide psychological benefits for their owners. Persons who suffer from loneliness, serious illnesses or other significant life challenges are often encouraged to get a pet.

Social support is essential for psychological and physical well-being and having a playful little fuzz ball is a popular choice to fill this need. But did you know that pets can also provide “every day” owners (who do not suffer from major life challenges) with significant social support as well (McConnell, et al., 2011)?

In a 2011 study, McConnell and colleagues showed that pet owners tend to have greater levels of exercise and physical fitness than non-pet owners. Pet owners were also found to be less lonely and exhibited healthier personality characteristics such as being more extraverted, less fearful, less preoccupied and had higher self-esteem. The positive effects were even greater for owners who have pets that fill social needs more effectively.

The researchers also found that thoughts about a pet can stave off negative emotions resulting from social rejection. But with so much “puppy love” going on, surely these pet owners must be feeling some amount of strain on their human relationships right? WRONG. Studies show that persons who are closer to pets are also closer to the key people in their lives and receive more social support from BOTH sources. Pet social support is independent of human social support and acts as its complement, rather than its competitor (McConnell, et al., 2011).

They say a dog is a man’s best friend, but that might be selling all the loyal canines around the world a little too short. ‘Friends with benefits?’ Hmmm… that phrase might be more accurate. Therefore, we should ensure our pets stay happy and healthy by feeding them well, training them, and even securing pet insurance that doesn’t cost too much, such as Bivvy.