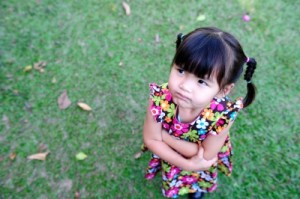 Abnormal Psychology is the scientific study of aberrant patterns of thought, emotion and behavior. As might be expected, much significance is placed on the definition of abnormal as our viewpoint on what constitutes acceptable behavior is continuously changing within and across cultures. It is also important to realize that being classified as abnormal is not necessarily bad. For example, a genius rises well above the expected or “normal” range in terms of intelligence.

It is perhaps easier to think of Abnormal Psychology as an investigation into the disruption or distress caused by particular behaviors in the daily lives of individuals. Since this branch of Psychology focuses on psychopathology and abnormal behavior, it covers a wide range of disorders including mood disorders, personality disorders, developmental disorders, sexual deviation, sleep disorders, eating disorders and so on. [showmyads]

Clinical psychologists, psychotherapists, psychiatrists and counselors spend much of their time in this field as it serves as one of the major theoretical backdrops to their work. Abnormal Psychology studies adaptive and maladaptive behaviors. Adaptive behaviors are age appropriate everyday skills which allow the individual to function safely and independently. These everyday skills might include walking, talking, going to work or school, cooking, money management, etc. Maladaptive behaviors are those behavioral problems which interfere with everyday activities and restrict a person’s ability to adjust to a particular situation. Maladaptive behaviors can initially reduce a person’s anxiety if the sufferer avoids situations in which he or she is unrealistically fearful. However, the end result is dysfunctional and non-productive as the cause of the fear is not addressed.

Abnormal Psychology uses two distinct concepts in an effort to explain mental disorders. These are the biological paradigm and the psychological paradigm. The biological paradigm focuses on the physical factors that affect psychopathology such as neurochemistry, genetics and heredity. The psychological paradigm is more concerned with the humanistic, cognitive and behavioral causes and effects of mental illnesses. With analysis and interpretation subject to a variety of approaches and perspectives, it is often a challenge to explain psychopathology. The realization that most mental disorders are associated with multiple factors has precipitated the need for researchers to take into account several theoretical perspectives when seeking to explain abnormal behaviors and mental illnesses. The approach of combining theoretical perspectives when diagnosing mental disorders is referred to as multiple causality.

Classification of abnormal behaviors and mental illnesses (in North America) is standardized by the Diagnostic and Statistical Manual of the American Psychiatric Association. The most recent edition of this Abnormal Psychology and Psychiatry reference book is the DSM IV-TR. The manual provides detailed information on diagnostic codes, lists of disorders, the frequency of a disorder in the general population, gender and age differences for a particular disorder, the effects of treatment, common treatment approaches and other relevant facts. The diagnostic process uses 5 axes to evaluate symptoms and the overall functioning of an individual. These axes are:

While the DSM IV-TR is an extremely useful reference, it is important to remember that only those who have received special training and the necessary experience are qualified to properly diagnose and treat mental illnesses.