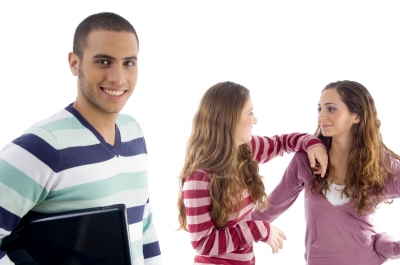 It has been revealed that being able to speak a second language could have a significant impact on your future mental health.  A recent study has indicated that bilingualism not only has the capacity to boost cognitive abilities in your youth but might also improve brain functionality in later life and could even help protect against diseases such as dementia (Bates, 2012).

They found that when monitoring two languages a person recruits brain regions that are critical for general attention and cognitive control. This could reconfigure and strengthen the control networks used to process both languages and could enhance ‘mental flexibility’ – the ability to adapt to ongoing changes. Studies also suggest that bilingualism improves ‘cognitive reserve’, the protective effect that stimulating mental or physical activity has on brain functioning in healthy aging. This reserve can also postpone the onset of symptoms in those suffering from dementia. Dr Bialystok said: ‘Our conclusion is that lifelong experience in managing attention to two languages reorganizes specific brain networks, creating a more effective basis for executive control and sustaining better cognitive performance throughout the lifespan.’It should not be surprising that intense and sustained experience leaves its mark on our minds and brains, and it is now clear that the bilingual brain has been uniquely shaped by experience.’

“Having to grapple with two languages makes the brain work harder, making it more resilient in later life” (Adams, 2012). Previous studies on brain functionality and bilingualism have shown increased cognitive development for children in earlier life, however this study clearly points to benefits in later life as well (Bates, 2012).

How effective is bilingualism in protecting against dementia? On Bialystok’s research, Adams (2012) reports:

“In spite of being equivalent on a variety of cognitive and other factors, the bilinguals experienced onset and symptoms and were diagnosed approximately three to four years later than the monolinguals. “Specifically, monolingual patients were diagnosed on average at age 75.4 years and bilinguals at age 78.6 years.

This will be welcome news to anyone who is bilingual, particularly those with a family history of dementia and other age related memory issues.  If you’ve been toying with the idea of picking up a second language, then you should definitely go for it! There are plenty of excellent resources online to help you learn a second (or even a third!) language, and this article could be the extra motivation you need to get the ball rolling.

Stuart writes for a number of health blogs and specialises in expatriate health insurance and overseas healthcare.

Adams, S. (2012, March 29). Learning another language ‘could protect against demetia.’ The Telegraph. Retrieved on April 10, 2012 from http://www.telegraph.co.uk/health/healthnews/9173552/Learning-another-language-could-protect-against-dementia.html