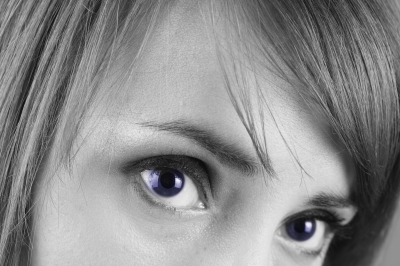 Since the discovery of DNA profiling in the mid 1980’s, there have been over 300 criminal exonerations in the USA alone. That’s over 300 innocent people imprisoned for a crime they did not commit. Studies in the USA have also shown that approximately 73% of these convictions incorporated eyewitness testimony as the primary piece of evidence in their respective cases.

How reliable is eyewitness testimony? The debate has likely been going on since the institution of the criminal justice system.

Psychologists have conducted hundreds of experiments in their attempts to uncover exactly how the human memory works. And now, research has gone further than ever before to uncover the true reliability of eyewitness testimony.

[showmyads]In the UK, early 2011 saw a united effort between the Open University, the Greater Manchester Police (GMP) and the BBC. This project was ground breaking in many ways. It made use of the cutting edge technology of eye trackers – a device that can be used to track eye movements and positions. It also saw a move away from the traditional lab-based psychology experiments, and took place when the participants were least expecting it… in the pub.

After a week of lab based memory tests that the participants assumed was the research they had signed up for, they were taken to a local pub for lunch… and then, unknown to them, the real experiment began. The pub was kitted out with 10 hidden cameras and filled with actors and stuntmen. And, very importantly, the participants were still wearing their eye trackers, having come straight from the labs.

During their lunch, a fight broke out in the pub. The brawl lasted for over 20 minutes and in the end it seemed as if one person had been stabbed and killed.

The GMP soon arrived to “investigate” the scene, and carried out their standard procedure for conducting eyewitness interviews with the experiment’s participants. The reports from the participants were then compared to the video footage of the incident.

What The Test Showed

Simon Woodthorpe, one of the participants, said that “[the experiment] was incredibly realistic… we’d not suspected it was staged so we hadn’t consciously thought about paying extra attention to all the details. I always thought I had a good memory, but I was yards away from the incident, saw it all unfold and still got the murderer wrong. I said it was the wrong man.”

During the interview process one participant was adamant that he had not seen the event unfold. However the policemen was able to compare his eyewitness testimony to the data recorded by their eye tracker. The technology told the researchers that the participant had spent almost the entire time watching the fight unfold.

That the human memory is vulnerable, is not groundbreaking news. We cannot store data perfectly, nor can we perfectly recall the information that is stored. The benefit of this research is that it allowed both the psychologists of the Open University and the GMP to observe the ways in which memory is influenced in a real crime situation.

There will be higher levels of stress, weapon focus (if there is a weapon present) and there is also likely to be a sense of responsibility to help the police to find the criminal.

The experiment helped to show the extent to which memory can be fallible as well as the situations in which it is most affected. Our understanding of human memory is certainly vital, as eyewitness testimony is at the heart of most police investigations and courtroom cases.

Steph writes for Lenstore.co.uk, an online contact lens retailer of top brands such as Acuvue Moist by Johnson & Johnson.