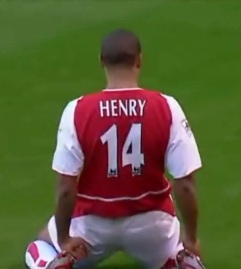 When the rumour about Thierry Henry coming back to play for Arsenal first emerged it seemed more like fantasy football than reality. This is the man who scored 226 goals for the Gunners to make him the club’s top goal scorer of all time. The man who undoubtedly made the greatest contribution to the golden era of Arséne Wenger’s reign, helping Arsenal to a glittering array of trophies during his tenure at the club. The man who, at his peak, was the best player in the world. He was simply sensational to watch — his touch, his technique, his vision, his pace and his drive were second to none. Surely he could not be returning to pull on that famous cannon encrested jersey once more?

[showmyads] When a legend like that leaves your team, you never expect him to return. As Henry left to join Barcelona, never in my wildest dreams did I envisage him playing for Arsenal again. But there you go. Football’s a funny old game. Will he be able to recapture the glory days and perform as he did before? That would be a lot to ask. But the psychological benefits of having an icon like Henry back at Arsenal, considering the rapport he has with the fans, players and everyone connected with the club, could be every bit as important as the effect he has on the field. And with the deal to bring Henry in on a two month loan all but completed, here are 4 reasons Arsenal need their greatest ever player back:

Robin van Persie has been leading the line this season in almost Henry-esque fashion, topping the scoring charts with 16 league goals so far. But the general feeling is that the Gunners have perhaps been relying too heavily on the flying Dutchman. When you look around the Arsenal squad, there are hardly any other players capable of stepping up to the plate should van Persie need a rest or (heaven help us!) get injured. Plus, with Gervinho and Marouane Chamakh soon on their way to the African Nations Cup, South Korean Park Chu-Young (who is yet to appear in a league match for the Gunners) would be Wenger’s only striking alternative. Signing Henry is just the tonic the Gunners need to see them through the start of the New Year. There is something about playing alongside a club icon that makes the movement better, the passes crisper and the shots surer. With Henry once again in the side, the players will undoubtedly experience a hightened state of motivation, confidence and drive.  At least that’s what Hull’s drive theory suggests. Hull proposed a  linear relationship between arousal and performance – when arousal increases, performance will improve (Shaw, Gorely & Corban, 2005). Greatness inspires greatness as they say. Additionally, the pressure on van Persie to deliver will be considerably lessened and the captain will know that even if the worse should come to pass, his strike partner has the ability and influence to keep driving the club towards the top of the league.

Over the years, Arséne Wenger has built some magnificent teams at Arsenal. But over the past six seasons, success in winning trophies has eluded them. Many have cited a lack of experience and know-how as one of the primary reasons that Arsenal has failed to get over the line. The Premier League can be as much a mental challenge as it is a physical one. And as we’ve seen with the Gunners on various occasions, once they let their heads go down after taking a knock, they struggle to return to winning ways. Who can forget last year’s campaign, when after losing the Carling Cup final to Birmingham, they completely capitulated the rest of the season. This is where you need someone with a bit of experience who has been there and done that. Someone who can help the younger players get over the mental scars after a horrific loss. Someone with the character to bounce back  and who can impose that character upon others. From Premier League titles to the Champions League to the World Cup, Henry has won everything there is to win in football on both the club and international stages. He’s also had to deal with a few heartbreaks along the way, notably the 2006 Champions League final loss to Barcelona. Henry is now 34 years of age and has experienced all the highs and lows the sport has to offer. Who better to educate the kids on the facts of life than The Man himself? 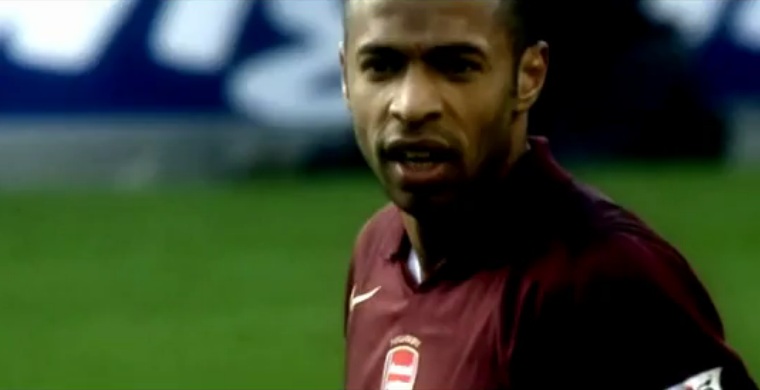 Leadership is another quality that Arséne Wenger’s young Arsenal teams have often been accused of lacking. Although Henry wasn’t handed the captain’s armband until his later years at Arsenal, he has always been a leader both on and off the pitch. In matches where the Gunners were met with resistance to their free-flowing passing game, it was predictably Thierry Henry’s drive and genius that proved to be the decisive factors. Many of the young players who have plied their trade at Arsenal, Theo Walcott and current captain Robin van Persie included, have said the Henry was a positive influence in their earlier days. Since French colossus Patrick Vieira left the club, Arsenal has been missing a real figurehead who can rally the troops when the chips are down. But now that Henry is back, the youngsters can look to a veteran, who has his own statue outside the stadium, to take charge.

Perhaps the most crucial benefit in bringing Henry back is his wining mentality. A major problem with the current Arsenal squad is that they haven’t actually won anything together. And when you watch them struggle in the latter stages of the season, as they often do, you start to wonder what in the world is going through their minds. There seems to be something missing. Something not quite right. They sometimes seem as if they don’t quite know how to win. Six years without a trophy can do that to a squad. The fans are so desperate to see them win silverware that it has almost become an obsession and a hindrance. Enter Henry. Here is a man who, in addition to numerous personal awards, has won over 20 major titles for club and country during his glorious career. Henry knows exactly what it takes both mentally and physically to be the best. This is the key trait the Arsenal players MUST learn from Henry. Winning is addictive. If he can instill a winning mentality within the squad then they might just be able to achieve the success they so desperately crave.