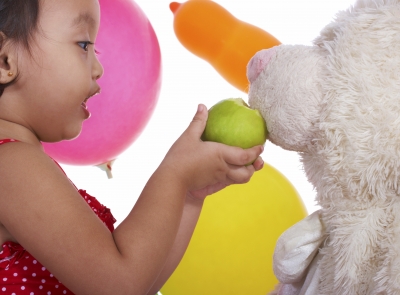 What is it about cuddly teddy bears that we find so appealing? After all, real bears are anything but adorable, huggable, fluffy animals!  Everyone knows the charming story of former United States President Theodore ‘Teddy’ Roosevelt, who refused to shoot a bear on a hunting trip which resulted in a series of satirical cartoons appearing in the Washington post in 1902.  Morris Michtom was then inspired to produce a cute cuddly little bear cub which he called ‘Teddy’s Bear’. Thus the teddy bear was born. Coincidentally, in Germany the Steiff firm had also begun producing stuffed bears with movable joints and the rest, as they say, is history.

This love affair we have with teddy bears does not stop when we leave our childhood behind us. The Brits, it seems are particularly fond of their bears and in one Travelodge survey, it was discovered that up to 35% of British adults still take their bears to bed with them.  These were primarily women who kept and anthropomorphised their bears from childhood, treated them like friends, sharing problems with them and cuddling them during bad times. Interestingly, up to 25% of British businessmen admitted that they take their teddy bears with them on business trips.

Psychologist Christopher Peterson noticed a similar trend when taking an informal survey at one of his lectures:

I asked how many students brought stuffed animals with them to college. Some large number of the 250 students present raised their hands. Thinking I saw a pattern, I asked for shows of hands separately by females and males. Indeed, there was a striking pattern. About 80% of the females had brought a stuffed animal to college, whereas fewer than 10% of the males had done so – or at last admitted to it. But those few guys who raised their hands earned applause from their female classmates. I think they deserved hugs as well, but we don’t do that in classrooms at my university.

There are many psychological reasons for our love of teddy bears. Not only are they reminders of our innocent carefree childhoods and of the loved ones who purchased the bears for us, but the stroking of the soft fur has also been found to be very therapeutic. On cuddling teddy bears, psychologist Corrine Sweet says “it evokes a sense of peace, security and comfort. It’s human nature to crave these feelings from childhood to adult life” (Llorens, 2012). Studies have shown that touching a teddy bear can lessen the adverse psychological effects of social exclusion and reduce stress (Jarrett, 2011).  As a result, teddy bears are often given to trauma victims, including sexually abused children. Clinical trials have established that considerable comfort is obtained from cuddling, naming and speaking to a teddy bear. Various police, fire and paramedic departments routinely issue teddy bears to its officers because they are useful tools in reaching scared, lost, and traumatized children.

Teddy Bears come in all sorts of materials but the most popular is mohair plush.  This is fur from long haired goats which is first woven into cloth, then dyed and finally trimmed.  Nowadays, bears can be purchased in a wide variety of department stores and over the internet.  There are even bear artists who produce unique bears from unconventional materials and dress them in outfits – the market is huge! There are enough bears out there to satisfy even the most avid arctophile.

Steiff is, of course, the most famous producer of bears, ranging from a baby’s first bear in soft washable ‘plush’ to expensive collector items. Even royal families have adored their Steiff bears. In 1908, Grand Duke George Mikhailovich of Russia bought a red Steiff bear for his daughter, Princess Xenia Georgievna, which she called Alfonzo. In 1989 it was sold at Christie’s for the then record figure of $19,000.

The world’s most expensive bear sold at auction was Steiff’s Louis Vuitton Bear which fetched an eye watering price of $210,000 and is now housed at the Teddy Bear Museum in Jeju, Korea.

Historical occasions have also been marked by the production of commemorative bears.  The most striking was the sinking of the Titanic in 1912 and as a matter of respect for the lives lost, a black Steiff bear was commissioned.

Teddy Bears will always be our special friends and who knows, that treasured moth-eaten bear of yours may be worth a small fortune. But after all you two have been through together, would you have the heart to part with it? If you are interested in getting a teddy bear or another toy for your children please check out FamilyHype.com some awesome selections.

Claire Harris loves her bears and has a soft, sensitive side. She’s also very technically minded, however, and can repair a water damaged phone and change a tyre without even breaking sweat.

Peterson, C. (2010, November 4). Did you bring a stuffed animal to college? The Good Life. Retrieved on March 9, 2012 from http://www.psychologytoday.com/blog/the-good-life/201011/did-you-bring-stuffed-animal-college