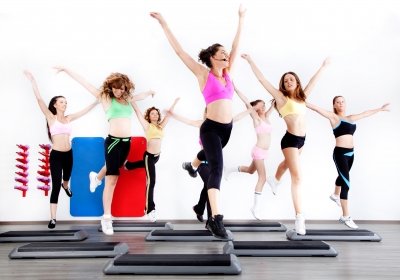 If given the opportunity, it goes without saying that nearly everyone would elect to improve their cognitive ability. At the same time, most people suffer from the misconception that intelligence is fixed. While this was the commonly accepted view for a long time, modern science has shown that it is entirely possible to get smarter. In fact, millions of people are already doing so.

The idea that cognitive enhancement is possible stems from the concept of synaptic plasticity. Synaptic plasticity is the ability of the brain to create new connections between synapses and to strengthen or weaken existing connections depending on environmental factors. 1 This means that the brain can rewire itself throughout life. Knowing this, we can harness this ability to improve our overall intellect, or specific aspects of it.

Research has shown that the more mentally challenging the environment in which we live is, the stronger and more developed our brains will become. 2 In fact, one animal study showed that test animals which were raised in more mentally challenging environments actually had larger brains than those raised in non-stimulating ones. The implications are pretty clear; the more mentally stimulating tasks you engage in, the more new connections your brain will make. If you want to get smarter, try spending less time watching TV and more time doing things that fully engage your mental faculties.

Researchers have also discovered that different aspects of intelligence can be strengthened by participating in different activities. Brain training games are particularly effective, as they increase the rate at which specific connections are formed. Working memory, processing speed, problem solving, and focus are examples of mental functions which can be individually trained.

The key thing to remember is that if you want to improve your cognitive ability, you should be stimulating your mind as much as possible. Of course, there are numerous of ways to do this, such as reading, learning new skills, playing a musical instrument or playing brain training games, so it shouldn’t be too difficult to find mentally taxing activities that you really enjoy.

To some this point might be obvious, but most people are unaware of just how strong the link between physical and mental health actually is. We’ve known for quite a while that people who exercise more score higher on IQ tests 3, but we’ve recently come to realize just how important aerobic exercise is for those who want to improve their cognitive performance.

To function at its optimal level, the brain needs large amounts of oxygen and glucose. Aerobic exercise improves cardiovascular health, which results in more blood (and consequently more oxygen/glucose) getting pumped to the brain. Recent studies have also shown that exercise not only causes new stem cells to grow, but also stimulates nerve growth factors. 4

Your diet plays a vital role as well. One study found that children who were fed a diet high in fat, sugar and processed food performed worse on intelligence tests than children who consumed a healthy and balanced diet. 5 And these results make perfect sense, as your brain needs a large amount of nutrients to perform at its best. These essential nutrients can be found in high quantities in healthy foods such as fresh fish, fruit and vegetables.

However, improving your intellect via proper dieting is as much about avoiding harmful foods as it is about eating healthy ones. Trans fats, for example, commonly found in fast food and heavily processed foods, can have a devastating effect on cognition. Research has shown that when we eat trans fats they become assimilated into brain cell membranes, replacing the good fatty acids which is naturally found there. This damages our neurons’ functionality and impairs cognition.

Don’t dismiss the powerful benefits that adopting a healthy diet and exercise routine can provide for your mental performance. This is the easiest thing you can do to get smarter and it will likely produce excellent results.

Nootropics are a class of drugs and supplements which have been proven to safely improve cognitive performance and the overall health of the brain. 6 There are many different substances which are classified as nootropics, and they all share a similar set of characteristics. First, they must improve at least one aspect of mental ability such as memory, focus, intelligence or motivation. Second, they must do so in a safe and sustainable manner. This means that to be called a nootropic, a drug must have no dangerous side effects, no potential for addiction, and very low toxicity. This is an important characteristic and is why cognitive enhancing drugs such as amphetamines are not classified as nootropics.

Most nootropics are meant to be taken once or twice a day, and provide a persistent boost to whatever mental processes they target. The specific benefits of a nootropic vary from one substance to another. Sulbutiamine, for example, is one which improves focus, motivation, and mental energy. Piracetam is an example of a nootropic which improves memory, learning capabilities, and verbal fluency.

Of course, no nootropic will make you a genius, and they actually work best when combined with the two methods previously discussed. Smart drugs won’t do much for you if you just watch TV all day. Nootropics are to the brain, as protein shakes are to the body. Combining a nootropic regimen with a healthy diet and regular exercise routine, while consistently keeping your mind stimulated, is the true golden ticket to maximizing your mental performance.

Evan Wood is a recent graduate from Penn State University. He and his brother, Reese Wood, started the website http://www.whatarenootropics.com/ to spread information about the exciting new field of “smart drugs.”